The Samsung 960 PRO was unveiled today in South Korea and it looks like a beast. The Samsung SSD 960 PRO NVMe PCIe Gen 3 x4 uses the new Samsung Polaris controller and uses Samsung’s 3D V-NAND. The 960 PRO delivers peak sequential read and write transfer speeds of 3,500 MB/s and 2,100 MB/s, respectively. The 4K Random read and write IOPS on the 960 PRO series is up to 440,000 IOPS Read and 360,000 IOPS Write. The Samsung SSD 960 Pro uses Samsung Dynamic Thermal Guard Technology to manage performance levels to prevent overheating. Samsung has released drives that are known to have heat issues when running extreme workloads in systems with low airflow, so this technology should ensure the best user experience no matter the temperature of the drive. 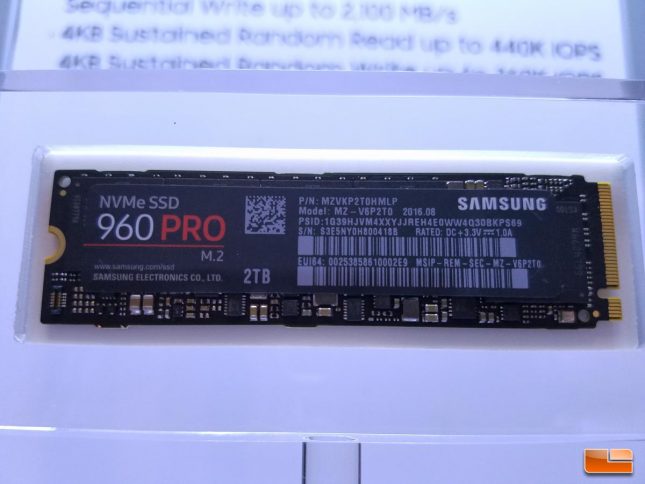 When it comes to endurance the Samsung SSD 960 Pro series is backed by a 5-year warranty and the 2TB capacity has a 1,200 TBW rating or a 1.2 petabytes written (PBW) rating. That is the highest rating that we have ever seen on a consumer drive! 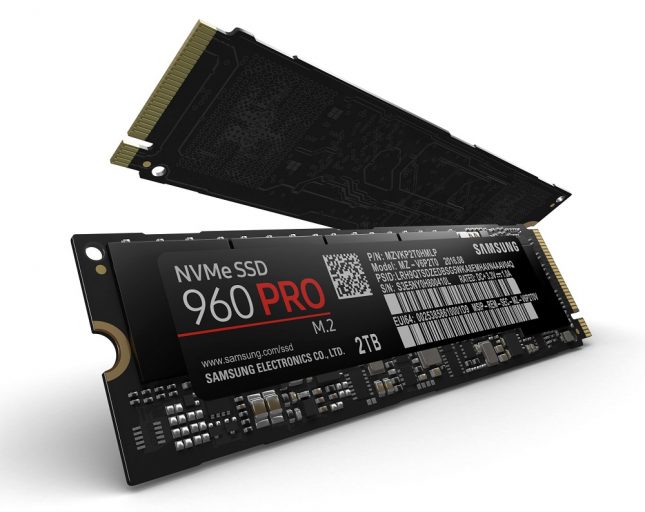