Samsung SD Card Review – PRO Plus versus EVO Plus

Samsung introduced new PRO Plus and EVO Plus SD cards this morning that will be appealing for content creators and and professionals in the photography and videography space! The PRO Plus is aimed at professionals with sequential speeds of up to 100MB/s read and 90MB/s write. The EVO Plus is aimed at content creators with transfer speeds of up to 100MB/s read. No write speed is specified for the Samsung EVO Plus SD card, but both have the speed needed support 4K UHD and Full HD formats.

SD cards are used in all sorts of devices including drones, DSLR cameras, mirrorless and compact cameras, camcorders and PCs. This is why Samsung has both lines available in 32GB, 64GB, 128GB and 256GB capacities. 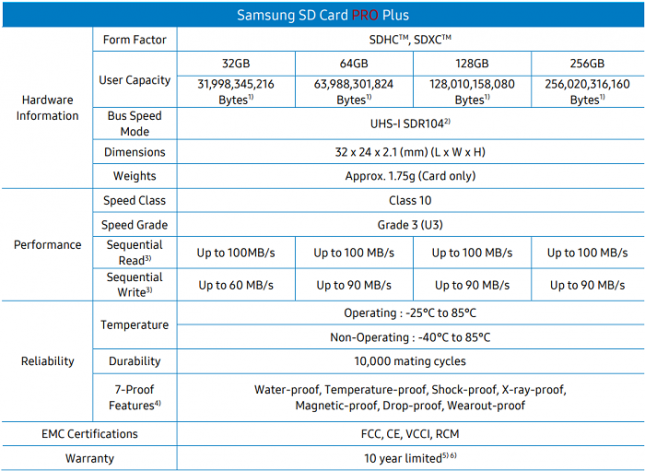 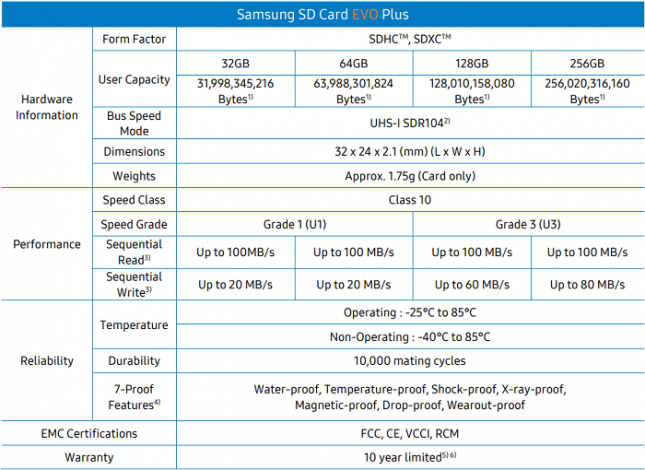 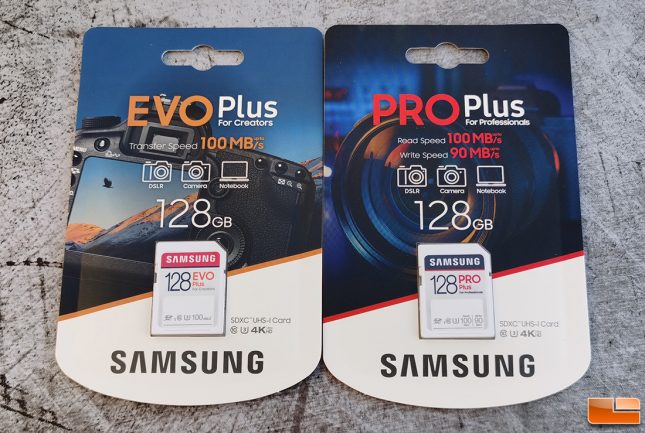 Samsung PRO Plus and EVO Plus Pricing 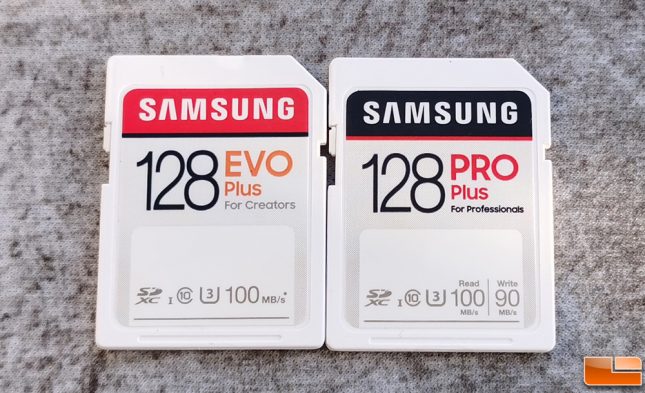 The white SD Cards look good and the font on the cards is easy on the eyes, so photographers, cinematographers and YouTubers should be able to quickly find and use the card they need for their shoot. The Samsung PRO Plus SD cards outstanding 90 MB/s sequential write performance rating makes it the better choice according to Samsung for 4K video recording and burst shots. 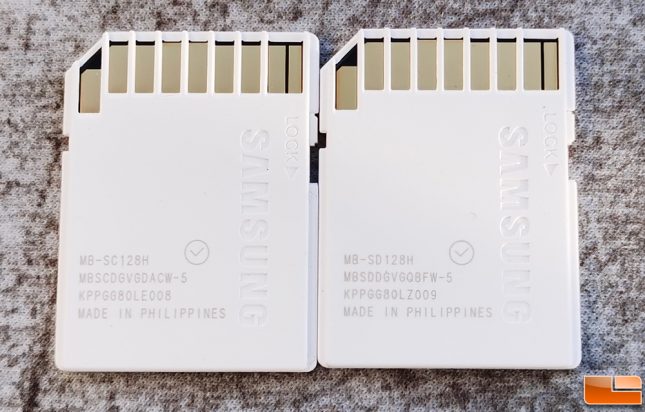 Samsung’s new SD cards are also reliable and are being marketed as having something called 7-multi proof. This is basically a testament to how durable the new cards are based on Samsung’s internal testing. 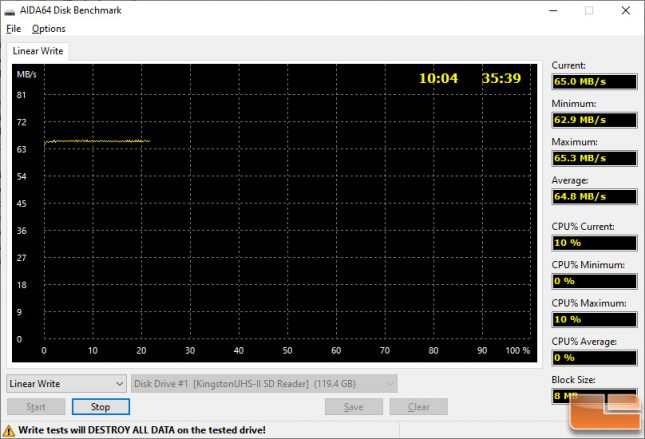 We won’t bore you with a ton of benchmarks, but we did look at linear write performance and card performed well with no performance dips! The result above shows the Samsung SD Card EVO Plus 128GB getting an average write speed of 64.8 MB/s while 24GB of data was being written to the card at peak speed. 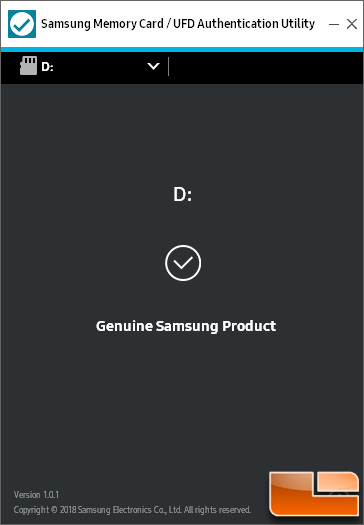 There are many fake memory cards on the market, so Samsung has introduced an authentication utility for their memory cards. This tool can be downloaded for free and will let you know if the card is genuine or fake. This is a nifty little utility and is great for those that buy cards online to ensure they are real. Fake products often look the same on the exterior, but use inferior components on the inside that deliver lower performance and usually shorter lifespans! Our cards showed up as being ‘Genuine Samsung Products’ and that is a good thing as they sent them directly to us. 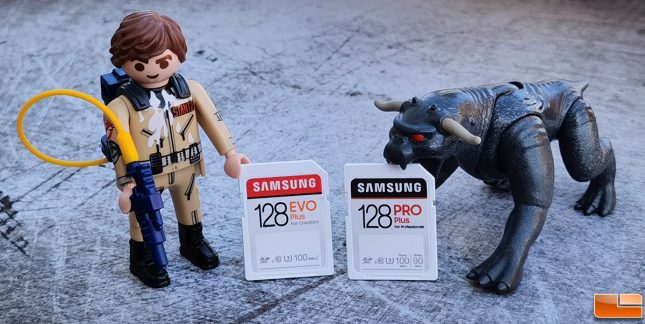 SD cards are a pretty straight forward product, but most people stick to the big name brands as they want to ensure they are getting a reliable product that is capable of meeting their speed requirements. The Samsung PRO Plus and EVO Plus SD card series both delivered very good results and we have come to expect that from a memory industry leader like Samsung.

Our testing shows that we were able to very close to meeting or actually exceeding the speed ratings on the two 128GB models that we tested. The Samsung EVO Plus 128GB SD card hit 99 MB/s read and 67 MB/s write and the PRO Plus 128GB SD card topped out at 99 MB/s read and 88 MB/s write. These are excellent sequential read/write speeds for content creators working with 1080P and 4K.

We also like the fact that Samsung has released an authentication utility for their memory cards as you can ensure what you have bought online is real.

It is hard to go wrong with either of these Samsung SD card series as both are backed by 10-year warranties and are very capable UHS-1 SD cards!

Legit Bottom Line: The Samsung PRO Plus and EVO Plus SD card series are the first update from Samsung in the full-sized SD market in some time and both perform great!