Smartphone fans should be excited for MWC 2017 kicking off very soon, yet might be bummed a bit that Samsung isn’t expected to launch the Galaxy S8 at the event. Thankfully there are a bunch of leaks that have given us some idea of what the Galaxy S8 smartphone will be like. So far the rumors have tipped a screen with very narrow bezels and the lack of a physical home button.

Today a leaked image has turned up that claims to be a shot of the real Galaxy S8 smartphone in the flesh. The image goes along very well with the leaks that have come before. There is no physical home button on the front of the smartphone. The Galaxy S8 will have on-screen buttons, which is a first for the line. 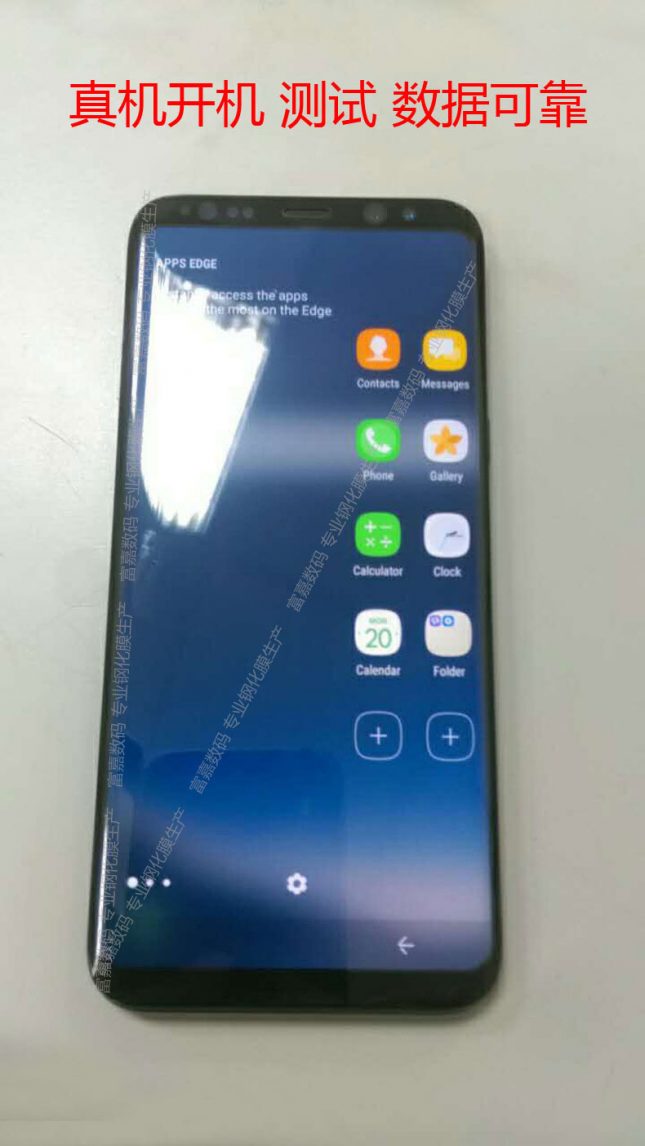 That physical home button was sacrificed to give the screen more real estate on the front of the smartphone. The screen has rounded corners and the curved edges that Samsung made popular with the Galaxy Edge devices. The leaked picture also shows that there are lots of sensors on the top edge of the smartphone along with the camera.