Very few would have thought when the Samsung 850 EVO Solid-State Drive series came out in 2014 that it would be come the number #1 best-selling SSD in the world at the end of 2017. Every storage editor and enthusiast would have laughed at you back in 2014 if you told them that the successor to that drive wouldn’t be coming out until 2018. Yet, here we are in Q1 2018 and Samsung has only now introduced the 860 EVO series. It honestly took four years for the competition to catch up or come close to being able to match the performance of the 850 EVO. The good news for Samsung is that they have had years to prepare for this day and have armed the 860 EVO with the new Samsung MJX controller along with their latest Samsung V-NAND 3bit MLC (Samsung marketing spin for TLC). 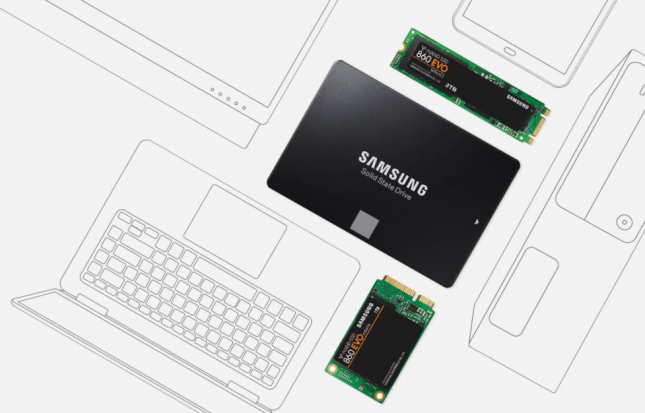 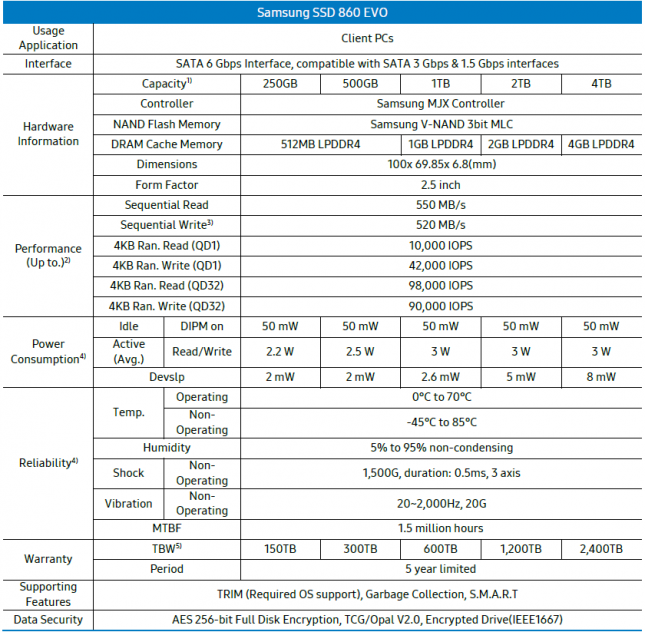 The big changes for performance on the 860 EVO series is that the TurboWrite region has been expanded by up to 6 times to help avoid sudden write performance drops during large file transfers. The TurboWrite buffer size varies based on the capacity of the SSD; 12 GB for 250 GB model, 22 GB for 500 GB model, 42 GB for 1 TB model and 78 GB for 2/4 TB models. Samsung says the 860 EVO has 51% better sustained write performance as a result. Samsung also refined the ECC algorithm for the new MJX controller to keep performance as close to the SATA III interfaces limits as possible. Part of the software tweaks in the firmware are improved queued trim commands for Linux users. All these improvements have allowed Samsung to increase the endurance ratings on the drive. The 860 EVO series has up to a 4 times higher Total Bytes Written (TBW) rating over the previous 850 EVO series. 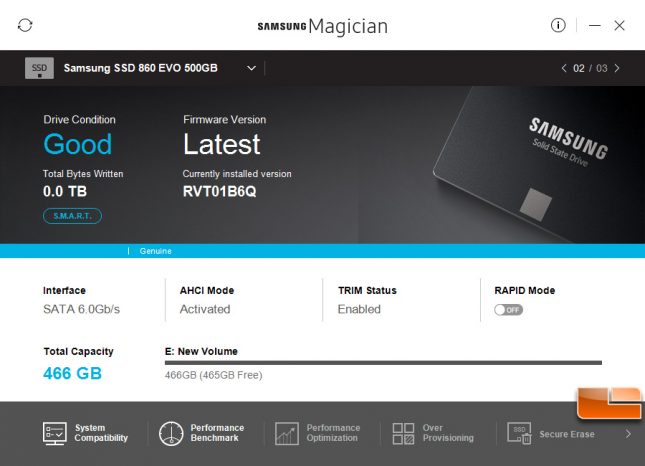 The Samsung SSD 860 EVO series comes with Samsung Data Migration and Magician Software with the purchase of the drive. That means you can easily clone a good drive from an existing system with ease if needed and then manage the 860 EVO once it is up and running. This utility also automatically updates the firmware automatically and will allow you to create a bootable USB drive to secure erase if down the road if you ever want to wipe the drive before selling it or for whatever reason you have.

Samsung released a launch trailer for the SSD 860 PRO and SSD 860 EVO series that has 8.8 million views in less than 60-days! Impressive numbers, but one has to keep in mind that Samsung has over 35% of the SSD market share when it comes to global units shipped. Second place would be SanDisk/WD at over 16% and third place would be Intel at just over 10%. Toshiba and Micron/Crucial are tied at fourth place with just over 8% market share. Who knew over 8 million people would be watching SSD promotional videos! 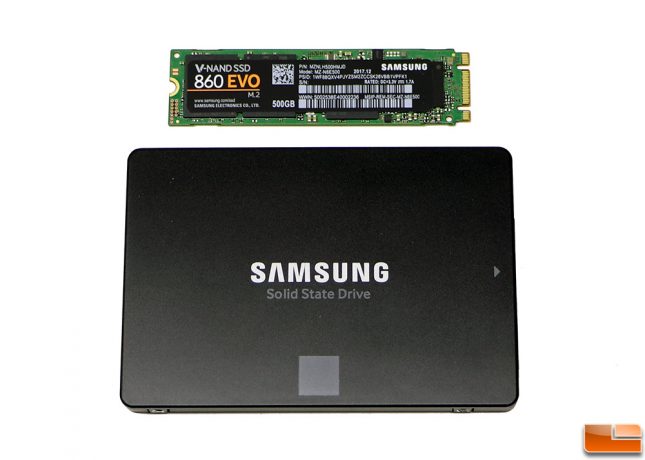 The performance ratings on these drives are virtually identical. They are both rated for sequential read/write of up to 550 / 520 MB/s and have 4K Random Read/Write QD1 speeds of up to 10k / 42k IOPS. The only difference between the 2.5-inch model is that the 4K Random Read/Write speeds are 98k / 90k IOPS and the M.2 model comes in slightly slower at 97k/88k IOPS. In order to keep our charts simple we’ll only be benchmarking the 2.5-inch model. 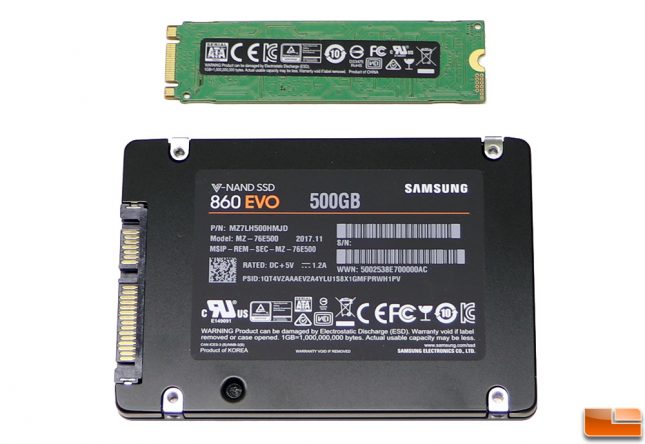