An uncrewed Russian cargo ship currently docked at the ISS, called Progress 78, will soon begin the process of changing docking locations at the ISS. The station changing began on October 20, and NASA said it would take a little more than a day for the spacecraft to reach its new docking location.

Progress 78 was set to detach from the Russian Poisk module at 7:42 PM EDT on October 20. While NASA didn’t air any footage of the undocking, there will be coverage of the docking with the ISS at its new port. Part of the process saw the spacecraft move about 120 miles from the station. 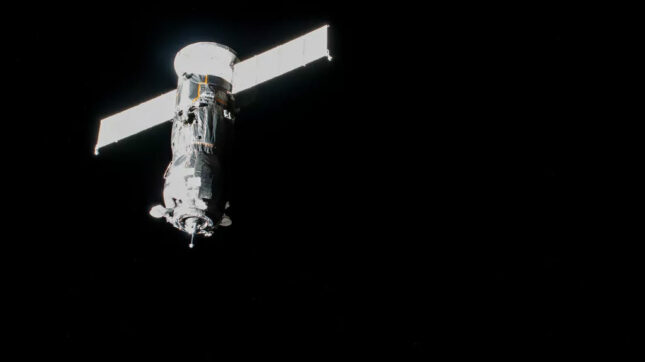 When Progress 78 docks with the space station again, it will be at the new Russian Nauka laboratory module. Docking procedures are expected to be complete by Friday at 12:23 AM EDT. Coverage will begin at 11:30 PM EDT on Thursday, but NASA is clear the times are subject to change.

NASA says the extended wait time at a distance from the ISS was to assist with the docking procedure. The wait time allowed Russian flight controllers to configure systems on the laboratory module to receive the spacecraft. Progress 78 was a safe distance from the space station while the configuration was underway.