Ring has been at the center of multiple controversies over privacy in recent months. To make the service and its hardware more secure, Ring is now forcing all users to utilize two-factor authentication. Ring is forcing users to enter a one-time six-digit code that is sent via email or SMS when they attempt to log into their accounts.

Amazon, which is the parent company of Ring, says that it’s also introducing new options that allow users to control when their data is shared with third-party companies. The changes are an attempt by Ring to overcome privacy and security scandals that have impacted its business in recent months. 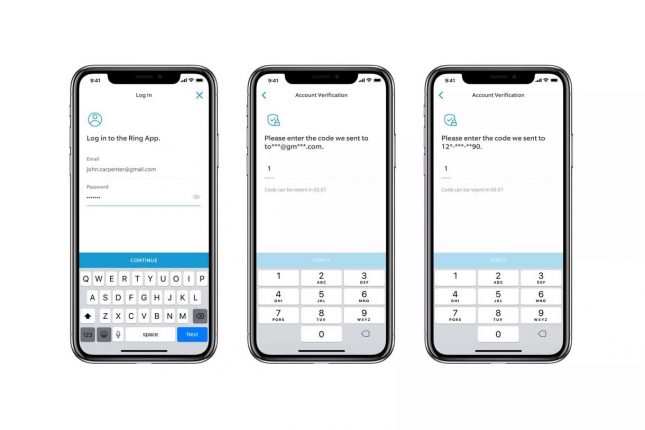 There have been complaints that Ring doesn’t warn users when a new device or browser logs into their account. If the service did warn of that it would tip users off that someone was accessing their account without permission. Some also complained that two-factor authentication wasn’t turned on by default. Security with the ring service and devices is a very big deal because allowing a hacker into a user’s account would allow them to see video inside their home from the security cameras.

Ring is seeking to mitigate that possibility by sending the codes to email and via SMS messages. The move won’t completely mitigate all risks, but it is an improvement. Amazon has also announced that it is pausing data sharing with third-party services while it works on an opt-out option for that feature reports The Verge.