We talked yesterday about all the Galaxy Fold smartphones that Samsung had available had been sold. On the heels of that revelation comes reports from reviewers, who are the only people who have hands on the $2,000 smartphone right now, that the device is breaking.

Fox News reports that Galaxy Fold reviewers from multiple outlets are sharing images of their review devices with folding screens that are broken. One reviewer who shared images says that the Galaxy Fold was broken and unusable only two days after receiving it. 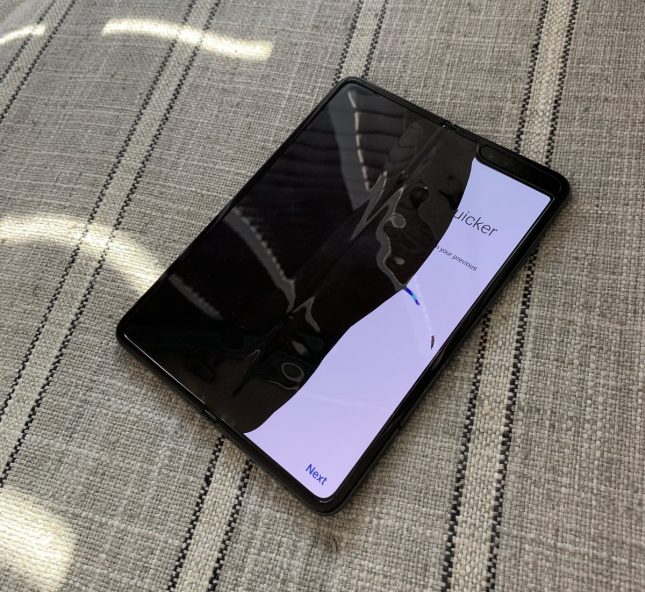 Those who plunked down $2,000 to be the first to get hands on the folding screen smartphone should be very worried right now. Reports indicate that there is a thin sheet of plastic over the display of the phone that some reviewers thought was a screen protector and removed.

The screen on my Galaxy Fold review unit is completely broken and unusable just two days in. Hard to know if this is widespread or not. pic.twitter.com/G0OHj3DQHw

It was not a screen protector, but its interesting that users could see that sheet and were able to remove it if it was supposed to be a permanent part of the smartphone. One reviewer also noted that his fingernails had left a permanent indent in the screen from normal tapping action.