Researchers Say The Clouds Of Venus Are Too Dry For Life

An international team of researchers recently announced that it’s too dry for life to exist in the clouds of Venus. Scientists had previously hoped that microbes might inhabit the atmosphere after discovering the presence of a gas known as phosphine. When the gas was discovered, it was thought that the concentration couldn’t be explained by geological activity alone.

The researchers, led by a team from Queens University Belfast, assessed what is known about conditions in the clouds of Venus from data gathered by space probes and looked at life forms on Earth to see if any known organism could live in that environment. Researchers say the clouds are mostly sulfuric acid with only minuscule amounts of water. 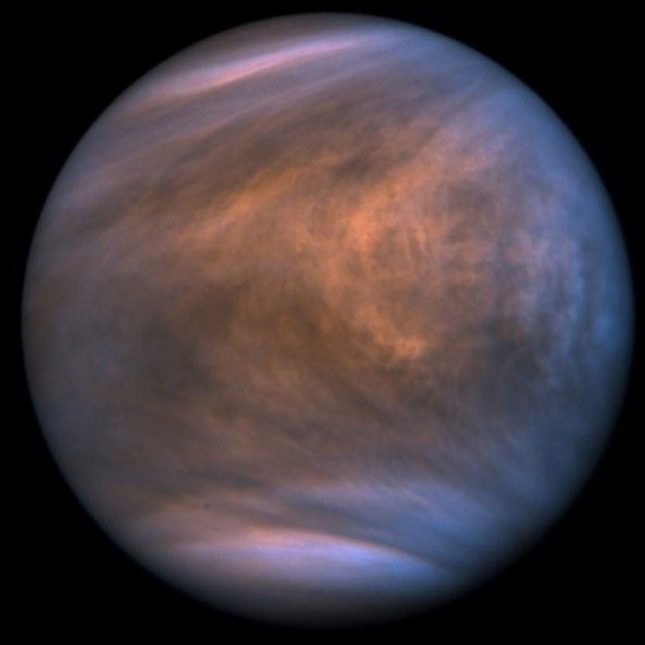 Their analysis concluded that even the most extremophile microbes able to survive in challenging conditions on earth wouldn’t be able to survive in the clouds of Venus. The source of the phosphine gas continues to be the topic of research.

“We found not only is the effective concentration of water molecules slightly below what’s needed for the most resilient microorganism on Earth, it’s more than 100 times too low. It’s almost at the bottom of the scale, and an unbridgeable distance from what life requires to be active,” Dr John Hallsworth from Belfast’s School of Biological Sciences said.