A recent leak has hinted at what might be coming just in time for Halloween to Red Dead Online. Data miners have discovered 48 zombie character models in game files linked to a limited-time Halloween event. The video, which can be seen below, shows off 29 male zombies and 19 female zombies.

The game files are also linked to a game mode titled “fear of us.” The zombies aren’t that creepy as far as zombies go, but the mode sounds fun, and gamers love zombie modes. It’s unclear when the update will land, but we are in the closing days of September, and early in October would be a likely guess. 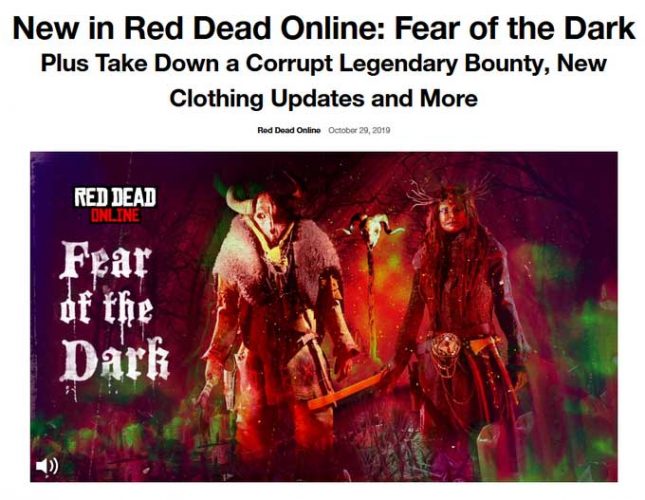 Not everyone has been happy with Red Dead Online, and a new mode could go a long way towards making fans happy. Of course, many fans of Red Dead Redemption 2, including myself, would rather see the story mode of the game get more updates.

A lot of people simply aren’t into online gameplay. It remains to be seen how exactly the game mode will be pulled off and if the data miners are correct. There’s always a chance that the update will turn most in PCs into zombies through Halloween.