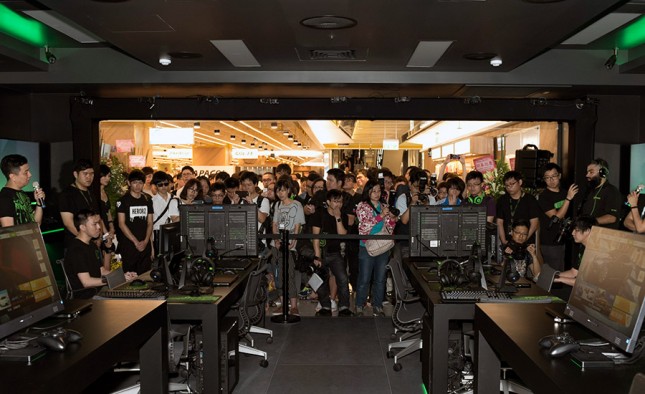 TAIPEI, Taiwan – May 15, 2015 Due to overcrowding at the grand opening of the RazerStore in the Syntrend Mall in Taipei, mall management, citing safety concerns, requested that Razer suspend its weekend launch activities.

The opening of the new Razerstore purportedly drew thousands of fans from Taiwan and abroad, including the United States, Europe and Asia, which resulted in a line forming many hours before the store opening.

While Syntrend provided extensive security support for the event, the magnitude of people drawn to the mall for Razers retail event were expected to exceed capacity, potentially taxing crowd control resources and impacting other tenants of the mall.

Razer will comply with Syndrends request to suspend its previously planned activities this weekend. As a result, free Nabu X wearables will not be distributed to the first 250 visitors in line each day, May 16 and May 17.

The new Razerstore Taipei will still be open and operating during normal business hours this Saturday and Sunday, from 11 a.m. to 10 p.m. The Razer community team on location plans to issue swag on a discretionary basis, honoring fans who come equipped with Razer gear, such as Razer Kraken headphones, shirts, bags and the likes.

Razer is a world leader in connected devices and software for gamers.

Razer is transforming the way people play games, engage with other gamers and identify with the gamer lifestyle. Having won the coveted Best of CES award consecutively for five years, the companys leadership in product innovation continues to create new categories for the gaming community that is estimated to have over 1 billion gamers worldwide.

Razers award-winning design and technology include an array of user interface and systems devices, voice-over IP for gamers and a cloud platform for customizing and enhancing gaming devices.