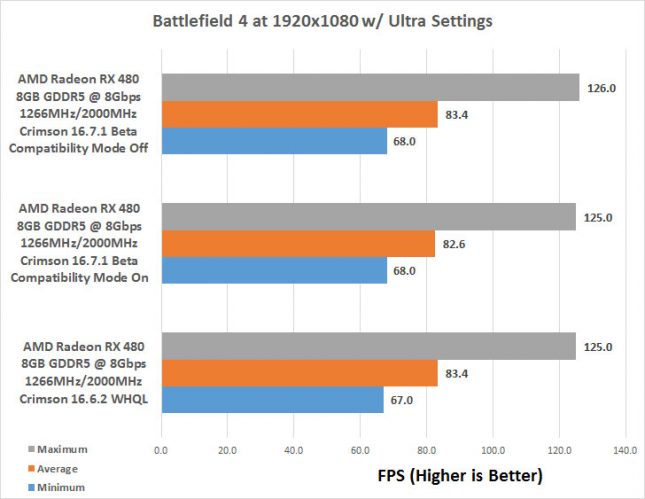 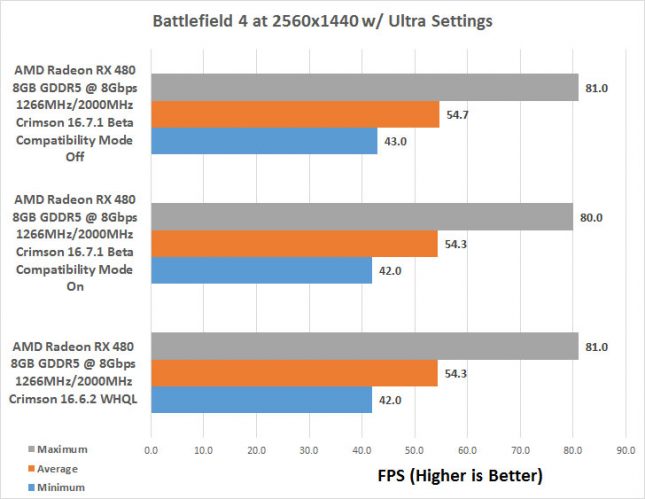 Benchmark Results: When scaling the resolution up to 2k (2160×1440) there was no significant difference between any of the drivers and modes tested, which is great news for AMD as they were able to lower the power with compatibility mode and not take a huge performance beating. 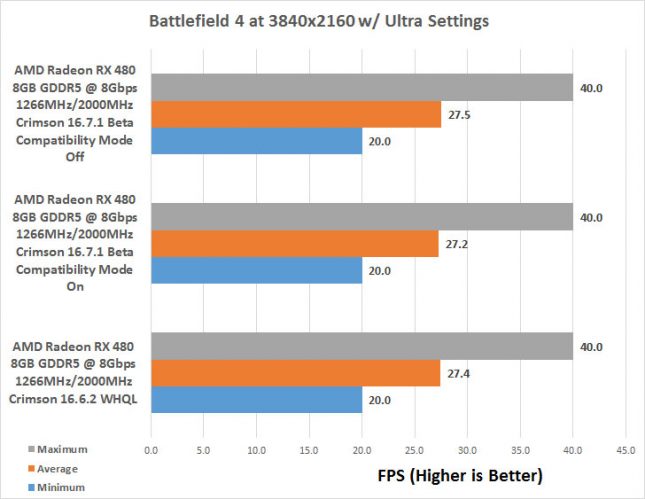 Benchmark Results:  This isn’t a 4K gaming card, but you can see that turning on compatibility mode had a very small impact on the average FPS performance.