Quantic Dream has officially confirmed that three of its biggest games are coming to Steam on June 18. The new games include Detroit: Become Human, Beyond: Two Souls, and Heavy Rain. All three of the games land on the same day on Steam.

Previously the only place for PC gamers to get the games had been the Epic Game Store. The trio initially launched as PlayStation exclusives. There are playable demos available for each of the three titles right now, so fans can see if they like the game before spending the money. 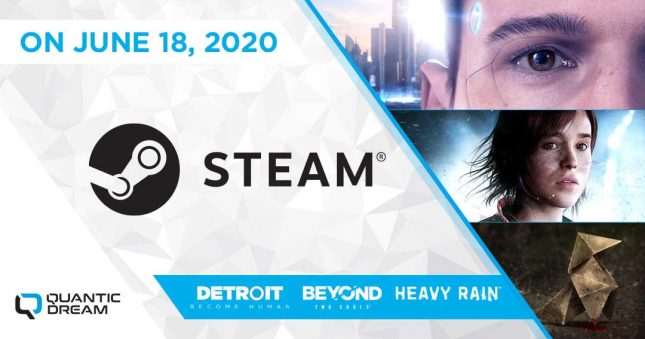 One mystery is how much the games will cost on Steam reports IGN. The assumption is pricing will match what the Epic Game Store offered, meaning Detroit will cost $39.99, Beyond will sell for $19.99, and Heavy Rain will presumably be $19.99 as well.

All three games will be welcome by many gamers who are looking for new titles to play while many states and countries remain in lockdown due to the coronavirus pandemic. It’s also great that there are playable demos to keep gamers from wasting their money.