One of the demos that was shown by Qualcomm in the demo room from their Snapdragon Tech Summit in Maui was a temperature test with a FLIR camera. Qualcomm paired the Samsung Galaxy Book S powered by the Snapdragon 8cx compute platform against a Dell XPS 13 laptop powered by a 10th Gen Intel Core i5 ‘Ice Lake’ mobile processor. Both systems were playing a video on YouTube, had Photoshop CC 2018 (32-bit) open and a video call active. The video playback was smooth on both platforms, but they wanted to point out the temperature difference that the two platforms were running at. 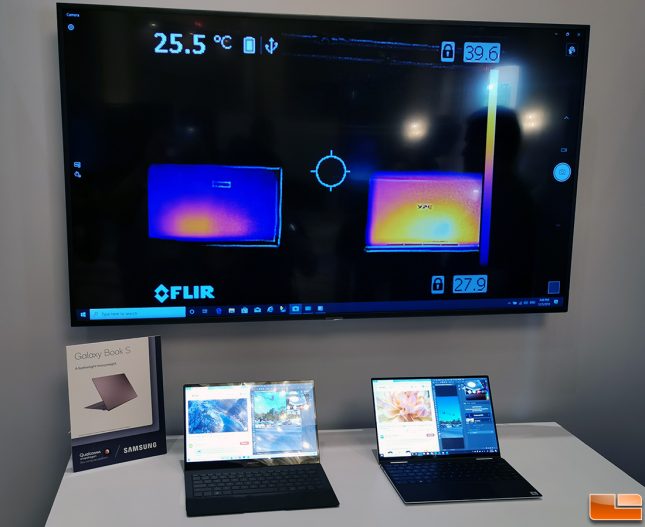 With a FLIR camera point at the bottom of each laptop, they were showing that the Sanpdragon 8cx platform was running cooler than the 10th Gen Intel Core i5 platform. Many laptop users complain about having hot laps, so this simply shows that Qualcomm platforms are running cooler. In the image below you can see the camera below one of the two laptops used for the demonstration. 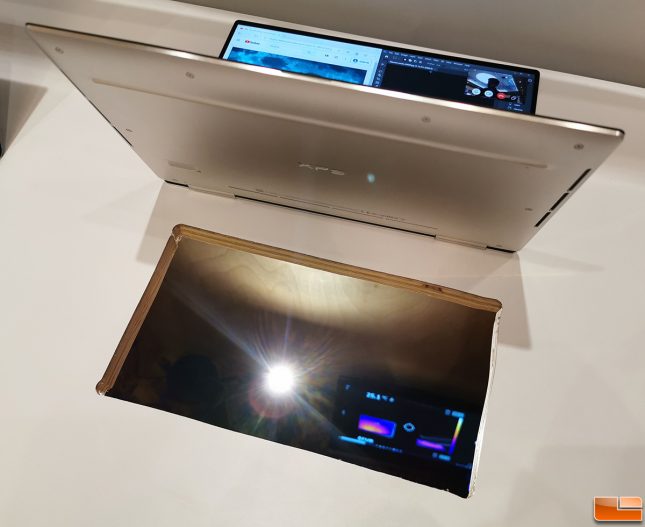 This was also something that Qualcomm achieved by the use of no internal cooling fans, which can’t be said about the competing model. This is a pretty straight forward demo, but worthy of showing our readers! 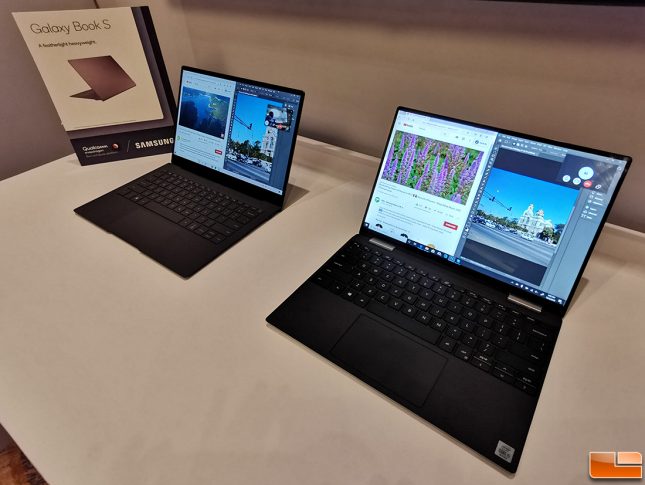 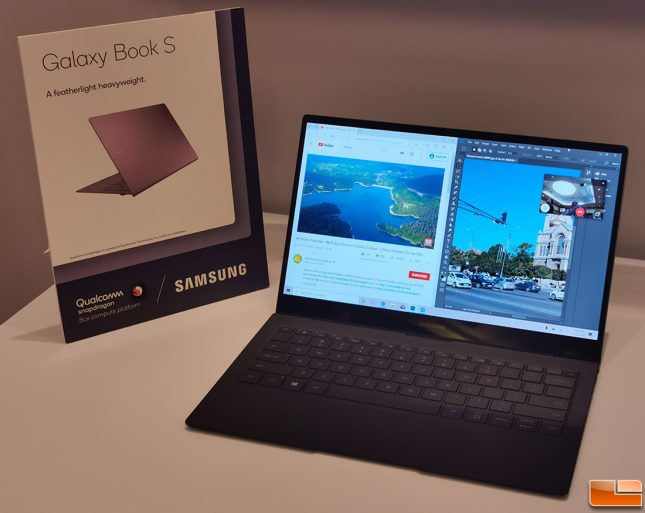