Earlier this month Legit Reviews got a chance to attend the annual Snapdragon Technology Summit and spend some time with the Snapdragon 865 mobile platform that will be powering smartphones in 2020. On the final day we were allowed to test one of there reference devices if we were interested in posting a benchmarking-related article. It is hard to say no to benchmark something like this, so we grabbed a testing device and started running performance tests. 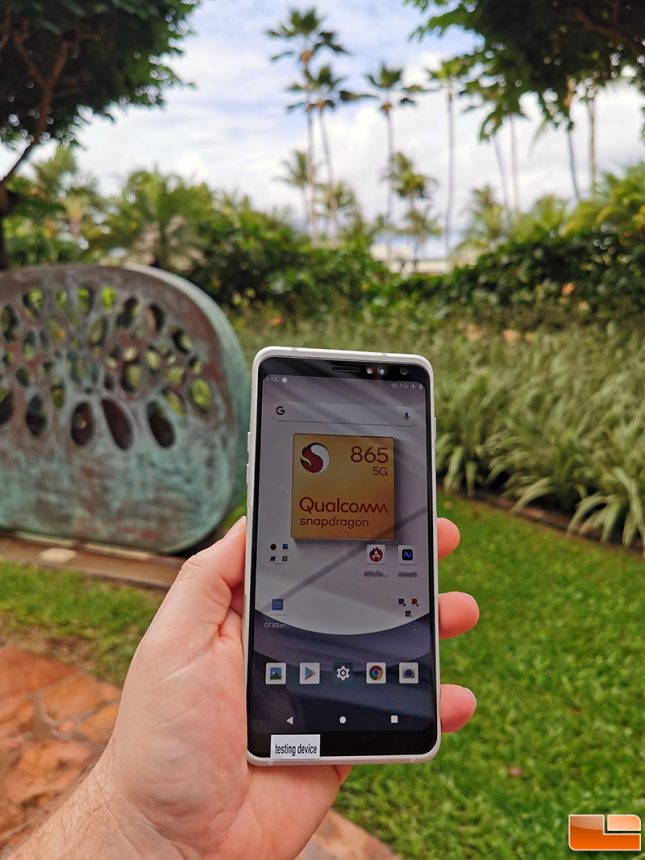 The Qualcomm Snapdragon 865 test platform was a smartphone running Android 10. Other noteable features include the 5.9-inch display with a 2880×1440 screen resolution, 12GB of LPDDR5 memory in dual-rank configuration and 128GB of internal storage.

One of the very cool features of the Snapdragon 865 test platform is that there were two power modes that we could test the device in. There was a ‘standard’ mode and then a ‘performance’ mode that could be toggled on or off under the battery settings menu. Performance mode didn’t overclock the Kryo 585 CPU (4xA77 + 4xA55) per say, but it does ramp the clocks quicker and pushes the workloads from the ‘little’ to ‘big’ CPU cores. 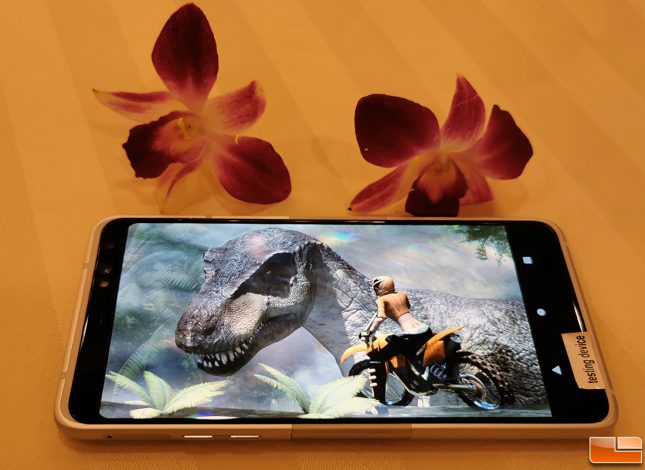 Qualcomm noted during our benchmarking session that most mobile device benchmarks only test the CPU, GPU, internal storage and memory. They feel that we are only testing a fraction of the Snapdragon 865 SoC using common benchmarks as the Hexagon processor, Adreno video, Spectra ISP, LTE modem, Wi-Fi, Security and AI capabilities really aren’t being looked at. Qualcomm advised all those in attendance that evaluating smartphone experiences instead is preferred.

What experiences would they like to see better covered? Gaming, artificial intelligence, image quality tests, audio tests, power measurements and VR/AR performance are some of the experiences that they feel benchmarks don’t really cover. We agree that real-world performance is what matters, yet we were in a room with phones powered by next year’s premium platform, Snapdragon 865, pre-loaded with benchmarks like AnTutu, Geekbench, and GFXBench.

So, we ran the usual benchmarks on the Snapdragon 865 platform in both ‘standard’ and ‘performance’ mode to see what we have to look forward to on flagship devices in 2020. You can run these benchmarks on your personal phone to see how your current model compares. 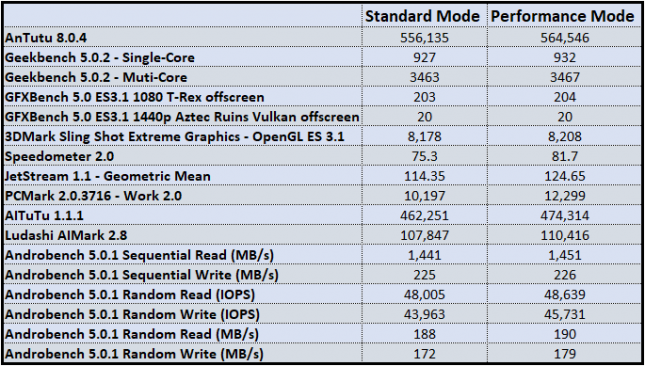 In performance mode, there was a slight performance boost to be had in most of the benchmarks that we ran. In JetStream 1.1 we finished with a geometric mean of 114.35 on standard mode and that jumped up by 9% in performance mode to 124.65. Our Huawei P30 Pro smartphone running Android 10 managed to score 95.60 on JetStream 1.1, so you are talking about over 30% gains over the HiSilicon Kirin 980 chipset that was introduced in 2019.

One of the other benchmarks that was a real eye-opener was the storage benchmarking tool called AndroBench. The Snapdragon 865 mobile platform sequential read/write performance was hitting 1,450 MB/s read and 226 MB/s write. The Huawei P30 Pro that we had with us was hitting 905 MB/s read and 217 MB/s write on the same benchmarking app. Qualcomm has wicked fast sequential read speeds on the Snapdragon 865 testing phones as they were 60% faster than our comparison device.  The Random Read/Write performance of roughly 49,000 IOPS read and 46,000 IOPS write are solid, but the P30 Pro has 45,000 IOPS read and 67,000 IOPS write.

What Devices Will Use Snapdragon 865?

We would like to thank Qualcomm for the opportunity to benchmark the Snapdragon 865 test devices while at the Snapdragon Technology Summit. This platform will likely be powering upcoming flagship smartphones like the Samsung Galaxy S11, Note11, the OnePlus 8, the Google Pixel 5, just to name a few. We now have a better idea of what to expect from these new devices when they are announced in 2020. Mobile World Congress (MWC) will take place from 24-27 February, 2020 in Barcelona, Spain and that will likely be when we learn more about those design wins. 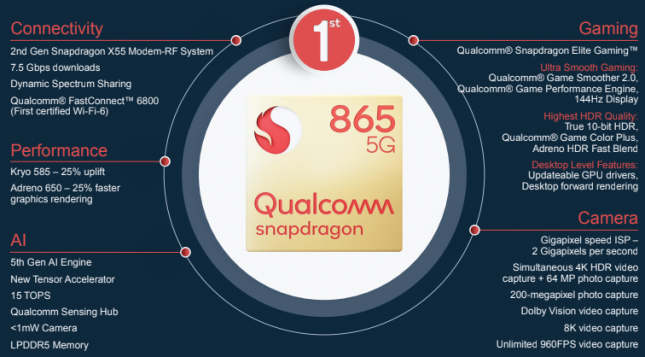