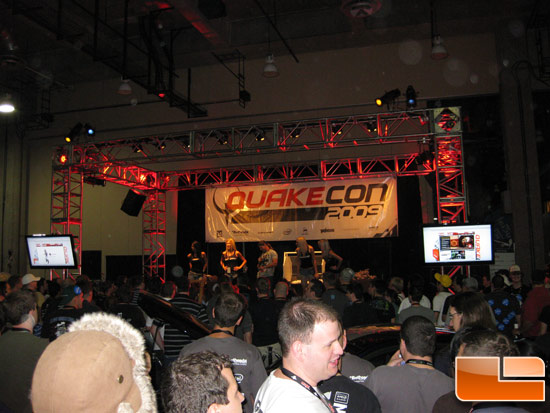 Often described as the “Woodstock of Gaming,” QuakeCon is a four-day, non-stop celebration of games and the people who play them. Free to all and open to the public, QuakeCon 2009 featured North America’s largest Bring-Your-Own-Computer (BYOC) LAN party for nearly 3,000 people. Since many of our readers couldn’t attend the 2009 Quakecon event, we did our best to cover the vendor area and bring you some of what you missed. 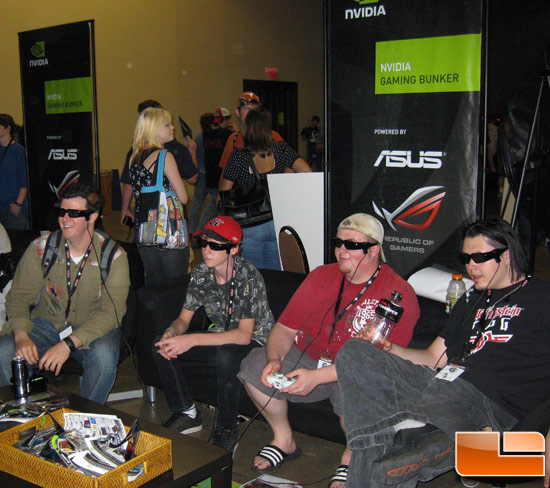 NVIDIA and ASUS partnered together to put together an area called the ‘Gaming Bunker’ that had a couple couches to relax on and to enjoy a stereoscopic 3D experience with NVIDIA 3D Vision technology on a few different game titles. 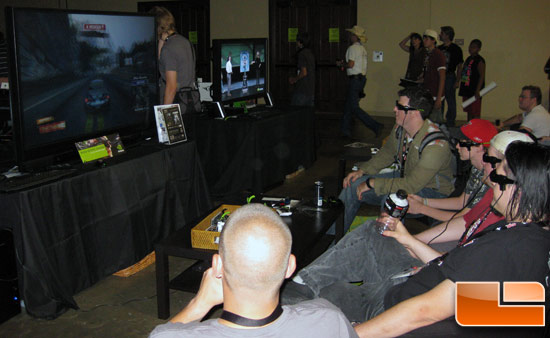 NVIDIA had a high-definition DLP monitor that supported 3D technology for the demo and people were always trying it out when we walked by. 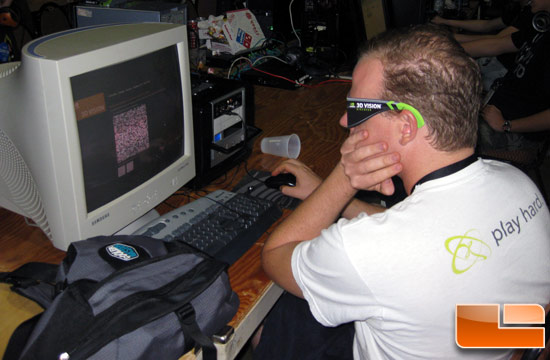 NVIDIA also handed out custom-designed, specialized anaglyph (red/cyan) glasses to all those in the BYOC area and we actually saw a good number of gamers setting up their PCs with 3D Vision in order to use them. Feedback from the gamers was overall good, but pricing was a concern to many. In case you are curious, the bundle with a monitor and the real stutter glasses will set you back a cool $599.99. You can read our thoughts on the 3D Vision package in our review that we wrote up a number of months ago.

The NVIDIA ‘Gaming Bunker’ systems were powered by rigs that were stuffed with ASUS hardware as you can see above.  The motherboard, video cards and heat sink in the system above are all made by no other than ASUS.