Arriving at the Convention Center

Legit Reviews has once again made the Journey to Dallas, Texas for the biggest free LAN event in the US: Quakecon!! This year marks the 10th anniversary of every gamer’s holiday and also brings with it a few big changes.

Upon our arrival to the Gaylord Texan, we got our room and immediately made a visit to the convention center! The first thing we came to when approaching the convention center was a huge line of gamers waiting hours to be the first to enter the BYOC area. It was obvious that some came prepared for the long wait, while others were board and restless. 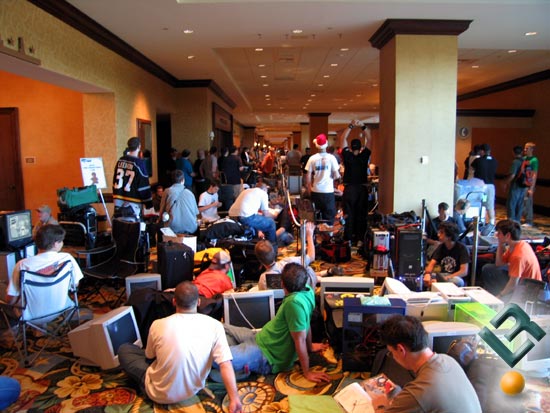 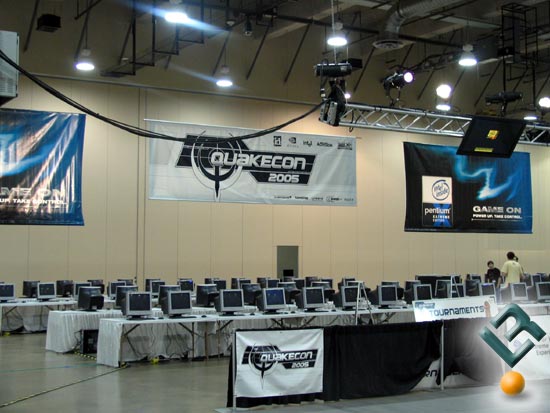 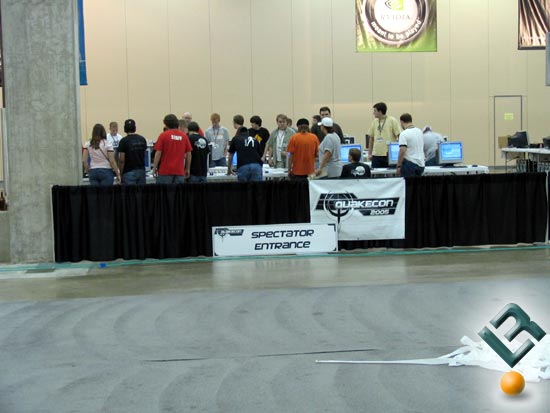 The vendors area will have booths setup by Intel, NVIDIA, Kingston, Activision, Creative, Bawls, Ageia, Alienware, and Razer. Intel and NVIDIA both have the biggest foot-print in the vendor’s area with multiple stands and demo machines for visitors to use. 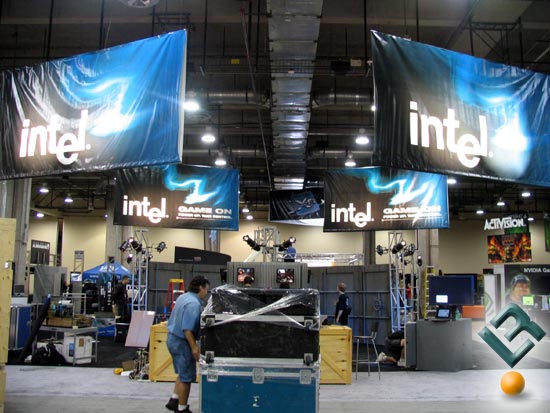 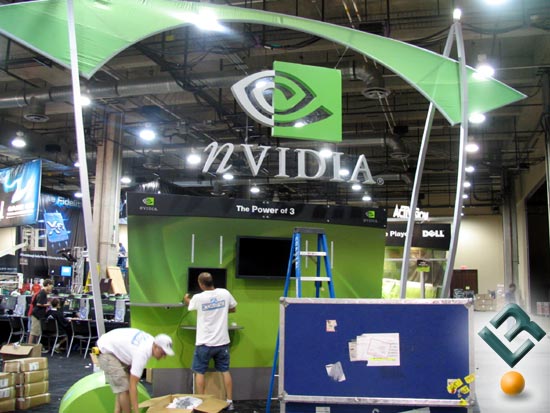