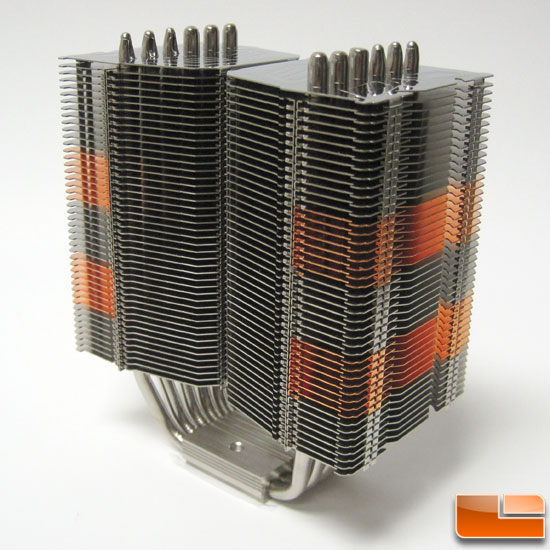 The Super Mega is a twin tower cooler that features copper and aluminum hybrid cooling fins and 6 ‘U’ shaped heatpipes in an inline configuration. Prolimatech says the Super Mega is designed such that the fins have minimal air resistance and it will work with fans that operate between 800-1200 RPM, but for best performance they suggest a 1600 RPM fan. The Super Mega also can support both 120 and 140mm fans due to the universal spring clips and the way they attach to the cooler.

Out of the box the Super Mega only supports Intel LGA sockets. Don’t fret, AMD crowd; it will work for you as well, you just have to spend little more and get the AMD mounting kit. The Super Mega also has an adjustable pressure setting as well. By changing out two screws the pressure applied to the socket is increased to 70lbs. The Thermalright Venomous X has this feature as well, and it did improve the performance on our old test system. There is a bit of caution that is need before using the higher pressure mount on the socket, and as we will see, Prolimatech points this out several times. The issue is that it may damage the socket from the increased pressure. So before using the 70lb pressure mount you will have to decide if the gain is worth the chance of killing your hardware.

The Super Mega isn’t exactly light, either; it weighs in at an impressive 945.2g or a hair over 2 lbs without fans. This is by no means rare anymore as most performance CPU coolers are over 900g. Prolimatech handles it well, though. The mounting system for the Super Mega is pure overkill as you will see shortly. Now, let’s review the features and specifications for the Super Mega. 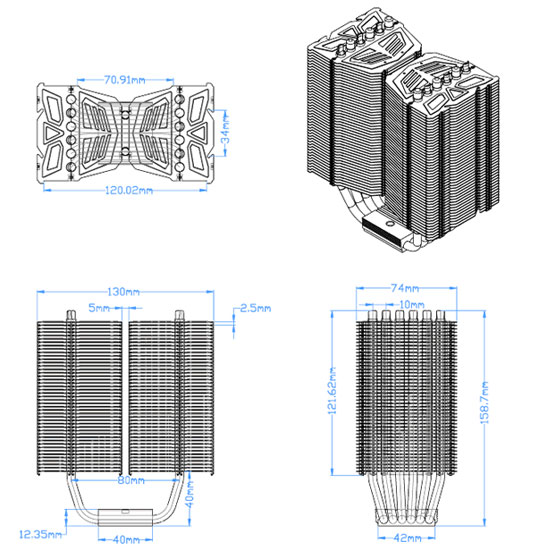