Porsche has revealed a new option package available for the iconic 911 GT3 sports car. The new option package is called the Touring package, and it’s meant to be more understated for those who don’t care for the racy looks of the standard 911 GT3. Power output remains the same at 510 PS, and one of the key differences between the regular 911 GT3 and the Touring version is the lack of a fixed rear spoiler on the latter. 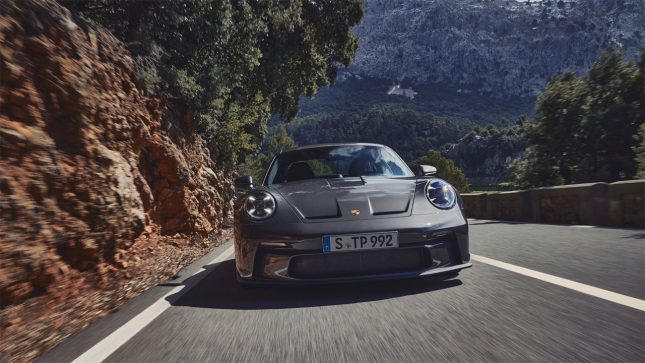 Other touches to set the Touring apart from the standard GT3 include silver-colored trim strips made from high-gloss anodized aluminum on the side windows. The front end is painted completely in the car’s exterior color, and black extended leather items are used in the interior. 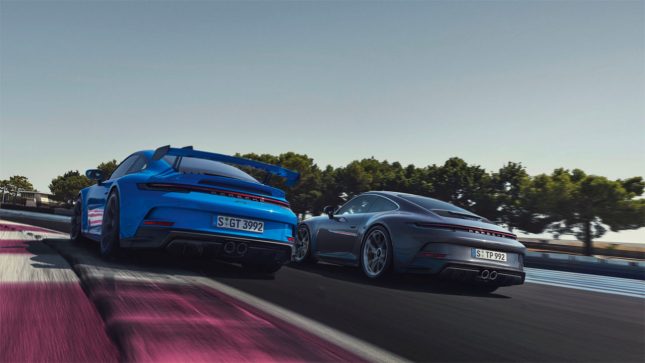 Touring buyers get satin-gloss black finishing on the trim strips and tailpipes of the car. The interior also has plenty of brushed aluminum for improved style. The car weighs 1418 kilograms with the manual transmission and 1435 kilograms with the optional PDK.