Porsche 911 Carrera GTS Cabriolet America Is Only For The States

Porsche has announced a special very limited-edition car that will only be offered in the US called the 2023 911 Carrera GTS Cabriolet America. While Porsche is saying that it will be built in very limited numbers and will be one of the rarest of 911 cars, it won’t say exactly how many it plans to build.

What we do know is that all of them will come in a special paint color called Azure Blue 356 that was inspired by the 1953 356 America Roadster. The blue color is complemented by white graphics and wheels along with Guards Red accents. 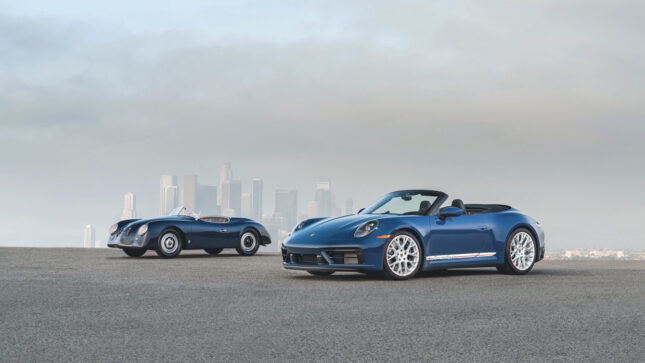 Buyers can option it with ceramic composite brakes and rear axle steering. A special interior package is also available making the inside of the car nicer. Pricing starts at $184,920 plus $1450 for delivery and destination.