NVIDIA and AMD has been talking about 4K gaming quite a bit these days. What is 4K? 4K refers to ultra-high definition (UHD) resolution displays that are around 4 times the resolution of 1080p Blu-ray! A typical 4K monitor will use a 3840 x 2160 resolution and requires either an HDMI or DisplayPort connection. Right now the HDMI 1.4 standard allows for 4K at 30Hz, but the recently announced HDMI 2.0 standard will support 4K at 60Hz. DisplayPort 1.2 can support 4K at 60Hz using Multi-Stream Transport (MST) right now, but in the future Single Stream Transport (SST) will be possible on some hardware (AMD says they are ready now, but there are no transceivers for the panels yet). The ASUS PQ321Q is one of the first desktop displays capable of displaying a full 3840x2160p signal at 60Hz, either via DisplayPort 1.2 or using dual HDMI 1.4 connections. The recently released ASUS PQ321Q monitor has opened to the door to UHD gaming, but costs staggering $3,499 shipped.

We believe that PC gaming will be moving beyond 1080P and will eventually get to 2160P or ‘4K’ resolutions, but it will take some time to get there. Marketing slides from NVIDIA and AMD show the transition starting in 2013. NVIDIA is currently doing a GeForce GTX Battlebox program, where they are partnering with top-tier system builders like Maingear and Falcon Northwest to build ‘next-generation’ gaming machines that are ready to take on 4K. These machines aren’t exactly inexpensive though as the Maingear F131 starts at $2438 and the Shift starts at $4037!

So, that leads us to question who plays PC games at resolutions beyond 1080P? AMD and NVIDIA have started marketing 4K monitors, so we figured we’d take a look at who is already running beyond 1080P. To help answer that question we turn to Valve Software and look at their results for the September 2013 Steam Hardware and Software Survey. 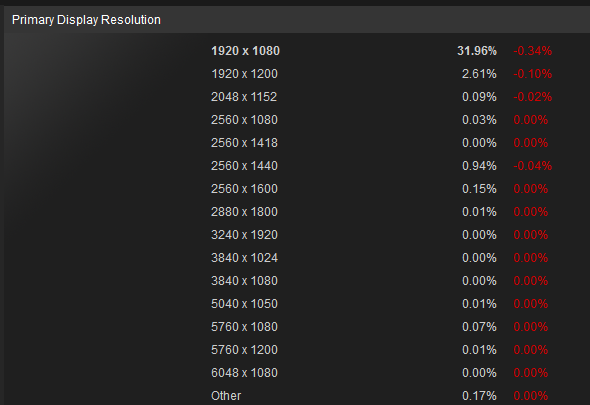 We spoke with Doug Lombardi, Valve VP of marketing, and found out that the sample size for the September 2013 was 596,000 users. This is a very large sample size of the gaming community and it gives us a good look at what resolution gamers are playing at. The most popular resolution is by far 1920 x 1080 with nearly 32% or ~190,500 gamers playing at that screen setting. (We are assuming that all of the users are on a single monitor setup to make the math simple) Moving beyond 1080P gaming there are 2.61% or 15,600 gamers playing at 1920 x 1200 and 0.94% or 5,600 gaming on a 1440P display. The thing that shouldn’t come to a shock to anyone is that 4K (3840 x 2160) doesn’t even show up yet on the hardware survey! It likely falls in the ‘other’ category in the hardware survey due to how few are using a 4K monitor. Also notice that the percentage change is all red, which means there is was no growth last month at any of these resolutions. That is odd as everything you hear about these days online is moving beyond 1080P!

The number of gamers that play at resolutions beyond 1080P is surprisingly low, but the discrete GPU makers hope to change that with their current and new high-end video cards! 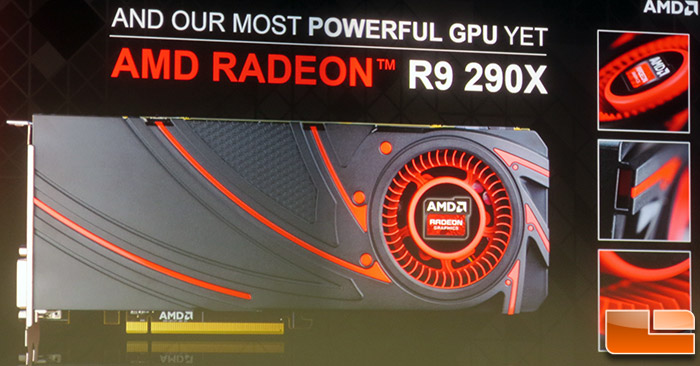 AMD is on the verge of releasing the AMD Radeon R9 290X video card and says that it is designed for UltraHD (4K) gaming. This is the first time we have seen a video card launched at 4K gaming, so it will be interesting to see how many gamers out there are willing to drop around $650 (based on online rumors) for an AMD Radeon R9 290X and around $3500 for a 4K monitor.

NVIDIA on the other hand has been busy promoting their 4K battleboxes that we already talked about and has been talking with some select press and tipping them off about the issues AMD is having at 4K on their older cards.

For its part, Nvidia called together several of us in the press last week, got us set up to use FCAT with 4K monitors, and pointed us toward some specific issues with their competition. One the big issues Nvidia emphasized in this context is how Radeons using dual HDMI outputs to drive a 4K display can exhibit vertical tearing right smack in the middle of the screen, where the two tiles meet, because they’re not being refreshed in sync.

NVIDIA will likely be making a larger 4K gaming push in 2014 when they roll out the GeForce 800 series that will be powered by the Maxwell GPU architecture. AMD and NVIDIA both believe that 4K is the next ‘big thing’ when it comes to PC gaming and are fully behind the technology. That means the marketing departments will be locked in battle for years to come, so step aside 3D monitors and in-game physics!