Plantronics came to E3 2016 prepared with several new gaming audio products across a wide range of price point. First off is a pair of new wireless RIG Gaming Headsets which together comprise the RIG 800 Series. The RIG 800 headsets feature a 24-hour battery life with just a 2-hour charge while maintaining a lightweight design. New on earcup controls allow the listener to power on the headset, adjust volume, and choose an EQ setting.

Like the RIG 500 Series, the RIG 800 Series use the same modular suspended headband to hold the two shaped earcups and a folding microphone that automatically mutes when flipped up. 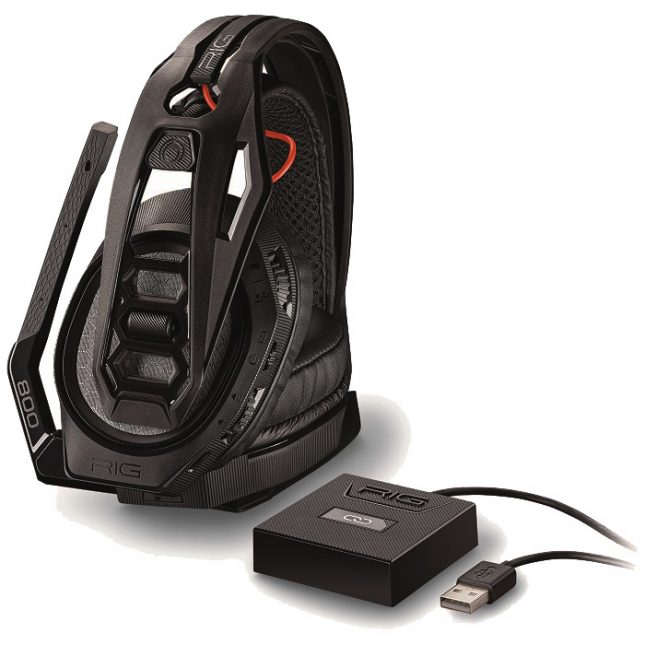 The RIG 800HS and RIG 800 HX are respectively compatible with PlayStation 4 and Xbox One due to each system requiring different wireless dongles. Both headsets will be PC compatible. The RIG 800 Series are expected to release September 2016 for $149.99.

The RIG 400 Series also consist of two headsets for PlayStation 4 and Xbox One, respectively the RIG 400HS and the RIG 400HX. However unlike the RIG 800 Series, these budget gaming headsets are identical and fully analog. Each is certified to a console to make it easier for shoppers and buyers to be comfortable knowing that these headsets are compatible. The RIG 400 Series feature a detachable microphone and in-line volume and mute controls. Avaliability is expected during fall 2016 with pricing at $49.99.

The RIG 600 follows the RIG Flex design as a new high-end gaming headset from Plantronics. It features the same lightweight one-piece headphone with rotating earcups that fold flat. Two detachable cables with microphones are included a boom mic and an inline mic. New to the RIG 600 is a new breathable material over the increased padding. The RIG 600 is expected to be available during fall 2016 for $99.99.

All the new analog Plantronics headsets, the RIG 400 Series and the RIG 600, will have cables that end in 4-pole 3.5mm plugs, thus necessitating aftermarket adapters for split headphone and microphone connections.