Google has canceled its Google I/O event, where the Pixel 4a smartphone was expected to be launched. That has left people wondering what the search giant was cooking up for the unveiling of the budget Pixel 4a device. Notorious leaker Evan Blass has shared what he claims to be some leaked Billboard designs for advertising the new smartphone.

There are multiple designs, but the one pictured here is the interesting one. It shows not only the smartphone but also confirms the price tag of $399 reports 9to5Google. The Billboard of the price tag shows the smartphone from the front, indicating that it has thicker than some other devices on the market and a hole punch camera in the left top corner of the screen. 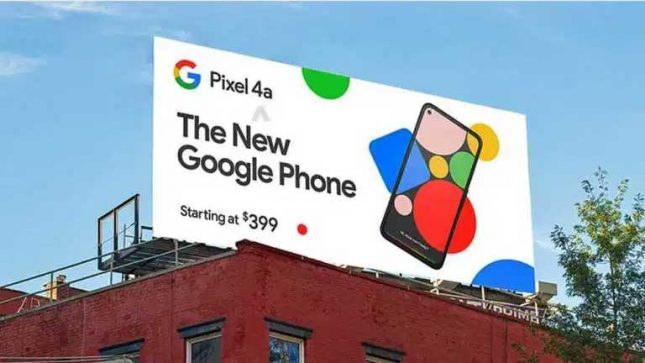 It appears that the device has dual camera sensors on the back and will come in at least black and white colors. One of the images that shows the side profile makes the device look very chunky compared to other very thin smartphones on the market. Considering the budget price, most shopping in this price range won’t mind a thicker phone.

Other than the price, the Billboard renderings don’t show any other details of the smartphone. It’s also worth noting that these are advertising renderings put over a real-world Billboard, not advertisement that is already out in the wild.