NASA is dealing with a challenging problem involving the Perseverance Rover currently exploring Mars. The image seen below was taken on January 7 and shows rocks inside the bit carousel on the Rovers sampling system.

The problem began after NASA drilled into a rock on December 29 and extracted a sample. NASA’s Louise Jandura, the chief engineer for Sampling & Caching, wrote, “The anomaly occurred during Coring Bit Dropoff. Its when the drill bit, with its sample tube and just-cored sample nestled inside, is guided out of the percussive drill (at the end of the robotic arm) and into the bit carousel (which is located on the rovers chassis).” 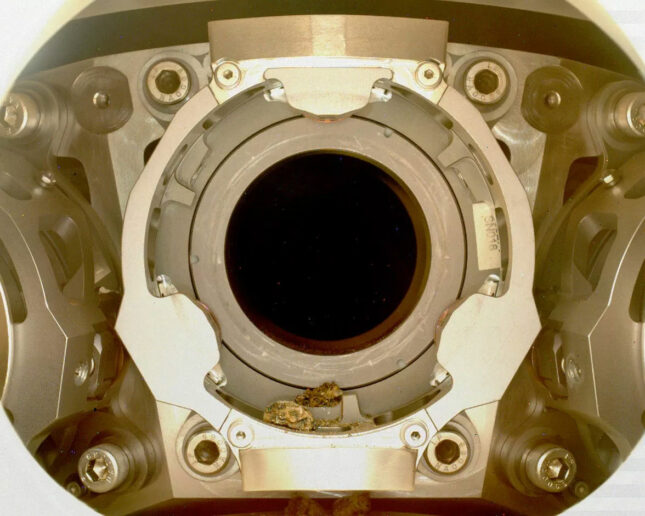 Jandura says that during the processing of a past rock sample, the coring bit traveled a bit over five inches before encountering resistance indicating contact with the carousel structure. However, when it did make contact, the sensor recorded higher resistance than expected, about 0.4 inches earlier than expected, indicating an obstruction.

Subsequent images showed two small pebble-sized rock fragments inside the chamber. Luckily, when Perseverance was being designed, just such an occurrence was taken into account. However, NASA is going slow since this is the first time it has faced debris removal, and data will be evaluated in the coming days.