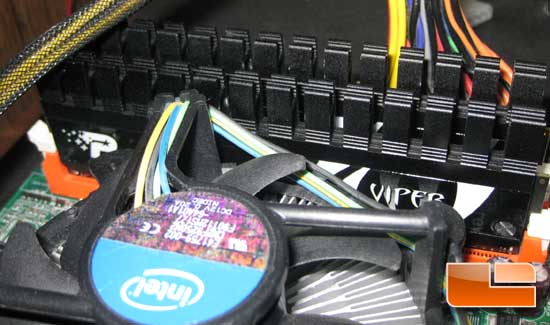 Since you cannot overclock CPU and DDR3 individually, we did our best to leave the CPU speed at a constant speed of 3.9GHz which was right at the max that this CPU/motherboard could overclock.  We the set our memory frequency in the BIOS to 1066MHz, which gave us a total DDR3 frequency of 1556MHz, and ran our benchmarks.  We then set the memory frequency in the BIOS to 1333, which after overclocking the CPU, gave us a totally DDR3 frequency of 1944MHz.  I wish we could have maxed the Patriot Viper Sector 5 DDR3 kit out to see how far we could overclock, but with the limitations of the CPU and the voltages allowed on the i5 for memory, we were very limited to the overclocking aspect, and had to look at this kit as more of a review to the extra bandwidth and its advantages.