Last week during CES 2021 the team over at Patriot launched their EP series High Endurance microSDHC/XC cards. These new memory cards are designed for video recording devices needing to operate under extreme weather conditions and harsh environments with outstanding reliability and durability. The Patriot High Endurance cards are backed by a 5-year warranty in capacities of 32GB, 64GB, and 128GB.

All models are capable of up to 95MB/s read and up to 30MB/s write speeds. This means recording or playback of Full HD or Ultra HD videos shouldn’t be an issue. Patriot shows this series as having the Video Speed Class V30 designation, meaning the card can sustain at least 30MB/s write speed during continuous video recording. This means it also meets or exceed the speeds needed for displaying the Class 10 and UHS Speed Class U3 speed class ratings. This is because those ratings have the same or lower minimum continuous write speed requirements as V30. 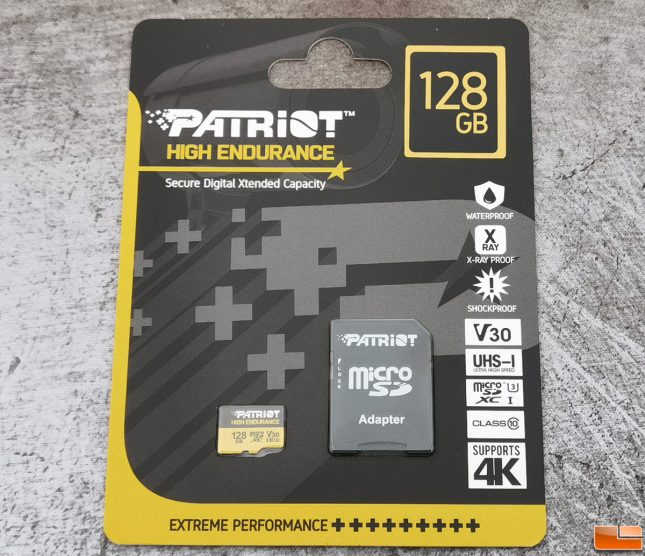 Patriot sent over the EP series High Endurance 128GB microSDXC for review. This card is sold under part number PEF128GE31MCH and features simple hang card packaging. Every capacity comes with with a microSD adapter. 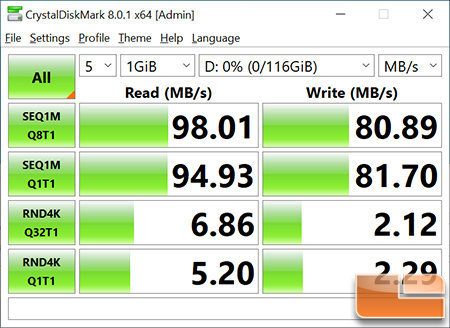 We tested the Patriot EP series High Endurance 128GB microSDXC card with the microSD adapter in the Kingston MobileLite Plus USB 3.2 card reader (buy on Amazon). Next we plugged the card reader into a USB 3.2 (10Gbps) port on our Intel Z490 test system. The performance was pretty impressive as we were getting 95 MB/s sequential read and 82 MB/s sequential write at a queue depth of just 1. 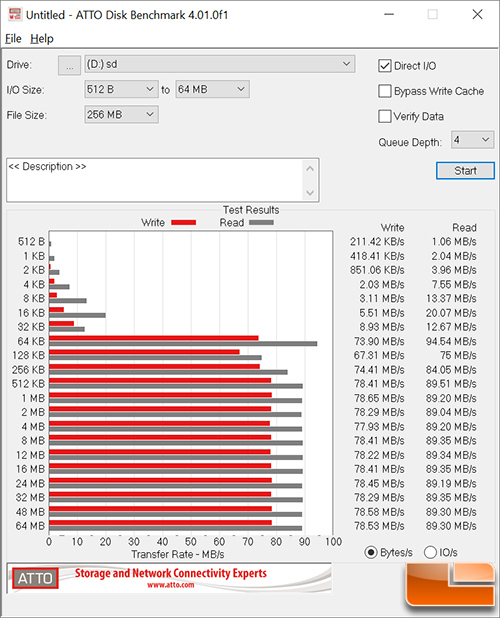 On ATTO Disk Benchmark the performance peaked at 95 MB/s read and 79 MB/s write at a queue depth of 4 and the default file size of 256 MB. 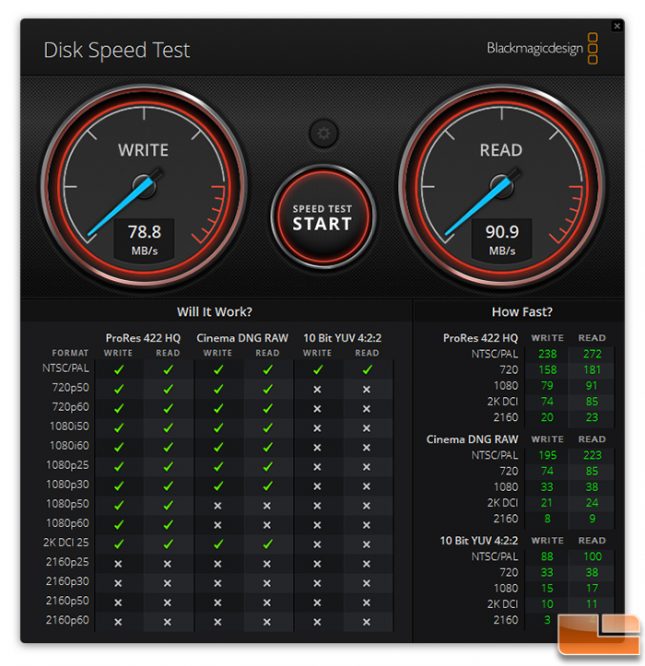 The Blackmagicdesign Disk Speed Speed test showed that the microSDXC card was getting 91 MB/s read and 79 MB/s write speeds. These test results show what video formats will work best with these speeds and how many FPS you can expect. 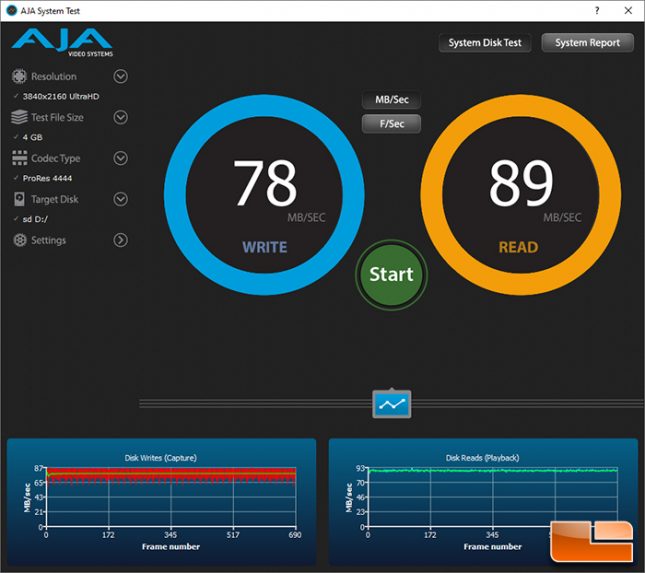 Lastly, we ran the AJA System Test and with a 4GB test file size we were getting 89 MB/s read and 78 MB/s write speeds.

The Patriot EP series High Endurance MicroSD series appear to be solid little memory cards. We were able to average about 89 MB/s read and 78 MB/s write speeds across several different benchmarks. Peak speeds of 98 MB/s read and 81 MB/s write were seen on CrystalDiskMark. These are pretty impressive performance results!

One of the more interesting things that Patriot is doing with these cards is letting the public know their write endurance in Terabytes Written (TBW). Not all companies disclose this information and it gives an idea of how much data can be written to it over the cards lifetime. This is useful for those that record video over long periods of time as they can replace cards before failure on devices where failure is not an option.

The 128GB model that we reviewed has a 192TBW endurance rating. This is better that some competitors! WD Purple 128GB microSDXC card is rated at up to 128TBW and the Transcend 350V high endurance 128GB microSDXC is up to 170TBW. It would have been nice if Patriot noted the surveillance recording lifespan in thousands hours or years, but they did not.

These cards just came out within the past week and they are priced at their suggested retail price. They are a little on the higher side for high endurance memory cards. We expect the street pricing to decrease in the near future as they become more widely available. If you are looking for a high endurance memory card the Patriot EP Series High Endurance microSD cards should be on your short list!