Parrot ANAFI FPV Drone Makes You Feel Like You Can Fly

Parrot has a new drone that it has launched that allows pilots to experience flying the drone in a new way. The drone is called the Anafi FPV, and it has a 180-degree camera on the front that sends a video stream to goggles worn on the face. 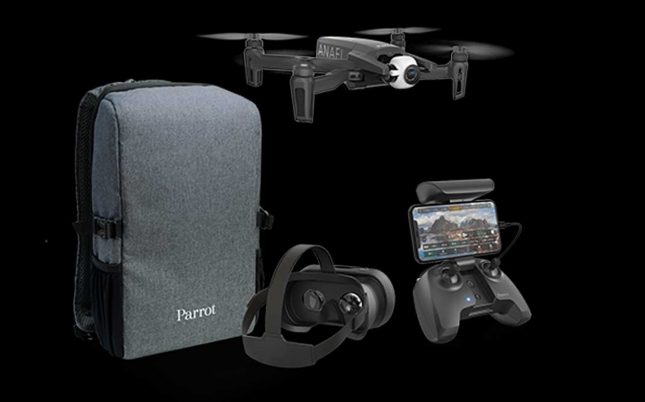 The camera can record 4K UHD video and can take photos in RAW or JPEG. Shutter speeds are 1 to 1/1000s with ISO form 100 to 3200. The drone includes the Skycontroller 3, drone, cockpit Glasses 3, smart battery, a backpack for carrying the drone, eight space propeller blades, a mounting tool, and a 16GB microSD card.

The drone has a bunch of sensors on board to make flying easier and more automated. Sensors include GPS and GLONASS, Baraomter, and a magnetometer among others. More details on the drone can be found here.