Amazon Games has a new version of the arcade classic Pac-Man coming called Pac-Man Live Studio. Pac-Man Live Studio is going to be playable directly in its Twitch channel, making the game perfect for sharing and interaction with streamers and viewers. The game will also allow friends to team up from different locations to play the game.

Players will only live once per level in Pac-Man Live Studio Endless Mode, making teammates critically important. In the mode, as long as one person completes the maze, the entire team gets to move to the next level. One of the coolest aspects of the game is the Maze Creator. 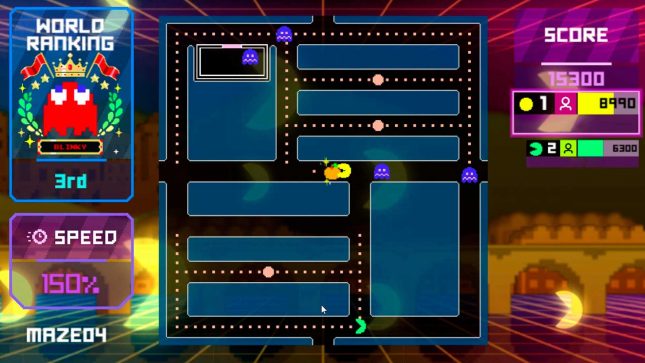 This mode allows users to create their mazes using the Pac-Man Live Studio Maze Creator. Players can set their maximum scores and craft new mazes for the ghosts to patrol. Players can also choose what sort of power-ups and pellets are available for the Pac-Man crew to munch on. The mazes are shared for any player to play, and well-crafted mazes can rise in the Most Popular menu of Select Mazes.

Amazon Games will also offer the original game in Classic Mode that take gamers back to 1980. Players can click the Classic link in the game to journey back in time. The game or require no download since it plays directly in the Pac-Man Live Studio Twitch channel. The game will officially launch in June.