The Overwatch League has made a big deal with some major broadcast networks that should mean greatly expanded coverage for the gaming league. Overwatch League will be coming to ESPN, Disney, and ABC family of networks. The announcement was made Wednesday.

The broadcast deal spans multiple years and kicks off on Wednesday night with the Season 1 grand finals from Barclays Center in New York airing this month. Overwatch League Season 2 will air on the networks next year. The league will air on the flagship ESPN network, ESPN2, Disney XD, and ABC along with streaming services of the entire term of the deal. 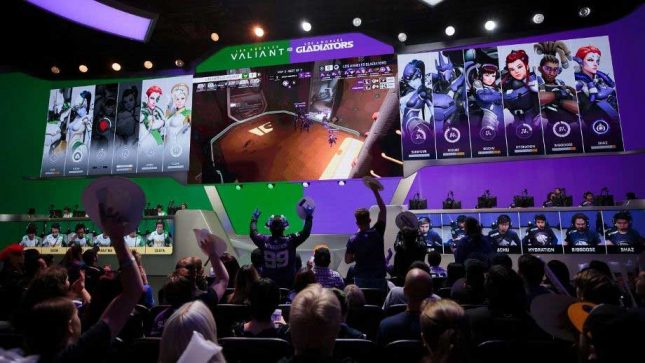 This deal means that there will be hundreds of hours of live and highlight programming across those four networks. The deal complements rather than replacing deals in place already like the Twitch broadcasts reports ESPN.

“We are turning the corner here in terms of our interest and engagement in the esports category,” ESPN Vice President of Digital Media Programming John Lasker said. “We’ve had an interest and have been watching pretty closely how the first year of the Overwatch League has been progressing, and we’re really excited to be a part of this. Clearly by the way we’re going to be covering it starting with the playoffs and the finals this year certainly speaks volumes to our excitement and our enthusiasm overall for esports moving forward.”