In my previous article I was able to increase the multiplier from 15 to 16, which resulted in a 214.6MHz increase over the stock frequency. 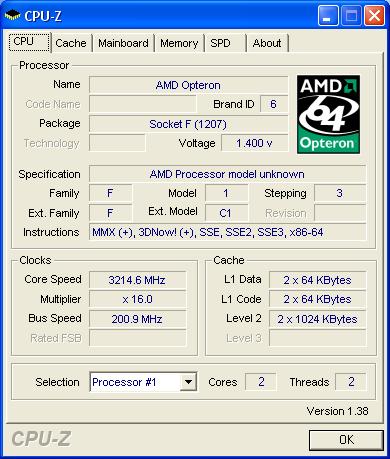 Wanting more out of the processor I left the multiplier at 15 and increased the Bus Speed. I starting increasing the bus speed 5MHz at a time and found that at 220MHz the system would blue screen while windows was loading.  I backed down the bus one MHz at a time and finally found that 215MHz was the highest that I could run benchmarks with full stability at. 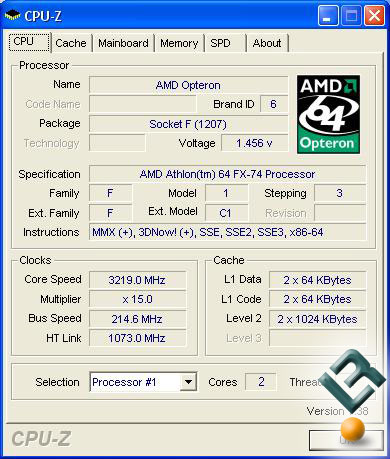 Hours and hours were spent updating the BIOS, installing Arctic Silver thermal compound, playing with different BIOS settings and all that we gained was 4.4MHz! The bright side of all this is that the system was running at the default voltages, which is 1.456V according to the BIOS and CPU-Z.  This is actually more voltage than AMD recommends, but even when manually set at 1.40V it shows at 1.456V.  We the set the CPU voltage to 1.45V in the BIOS and found the resulting voltage to be 1.504V. 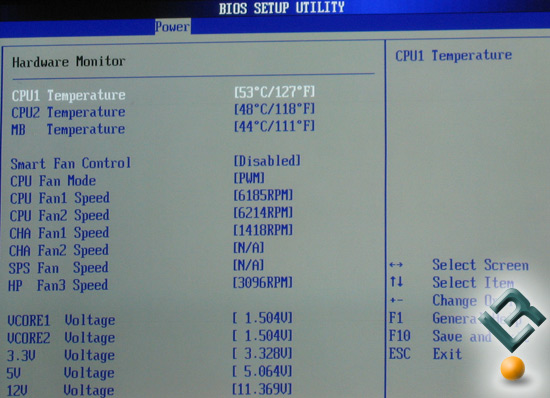 With the system running optimized defaults we increased the CPU voltage and restarted the system.  When the system came back on, the BIOS showed the CPU temp increased from 46C/47C to 53C/48C. Trying to run the system at these voltages caused severe instability, which I linked to the temperature of the processors.

How do you better cool a Quad FX platform?  No water blocks are readily available for Socket F and sticking bigger heat sinks in our system was out of the question due to space constraints. Sitting at my desk and looking out the window I found my solution.