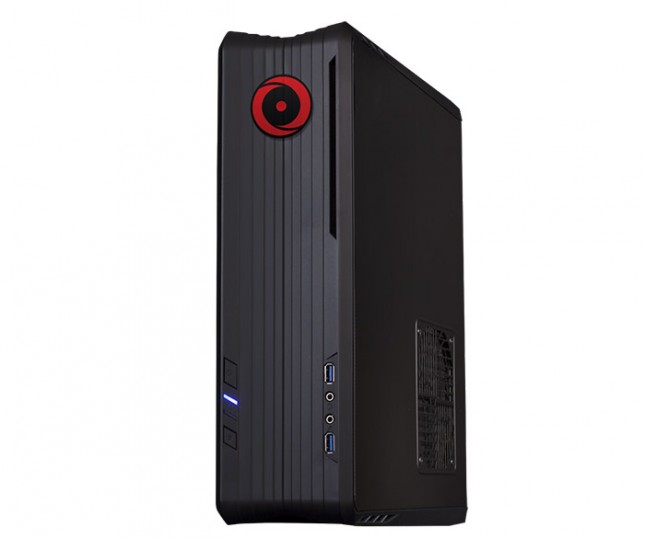 Sharing booth space with Monoprice, ORIGIN PC unpacked the brand new CHRONOS Micro-Tower for use at this year’s Electronic Entertainment Expo.  Gamers not only saw one of the smallest Micro-Tower designs, but the folks at ORIGIN PC are now equipping the small PC with a NVIDIA GeForce GTX Titan Z GPU. The highly anticipated CHRONOS looks to be a hit with gamers packing a ton of power in a small form factor.

“So far, 4K gaming PCs have been required to be in large tower cases with multiple video cards.  It’s amazing to see that in such a short amount of time we are already offering a true 4K gaming PC in a micro tower that can sit vertically on your desk, or horizontally in your living room”  said Kevin Wasielewski ORIGIN PC CEO and co-founder. ”The CHRONOS micro tower with a 12GB NVIDIA TITAN Z is the most gaming power I have ever seen in such a small chassis.”

Looking around the ORIGIN PC/Monoprice booth, there were several 4K gaming stations setup being powered by a variety of ORIGIN PCs.  One thing that most who visited the booth said is that once you start gaming in 4K you will never go back.  The ORIGIN PC CHRONOS is a wolf in sheep’s clothing and would be a welcome addition to anyone’s office or living room!