We cover all sorts of storage products on Legit Reviews, but the ORICO HDD Enclosure 2580U3 is one of the coolest products that we have been sent in a long time. Hard drive enclosures are pretty much a dime a dozen these days, but this one looks like a cassette tape from long ago!

Pretty slick and so is the price tag. ORICO is somehow selling this drive for $8.99 shipped over at Amazon. There is currently a promotion that has it 20% off. That brings the price down to $7.19 with free shipping for this 5Gbps USB 3.0 enclosure. If you love the nostalgia of the 80’s and know what a cassette tape was this will be an instant hit and conversation starter with those that see it. 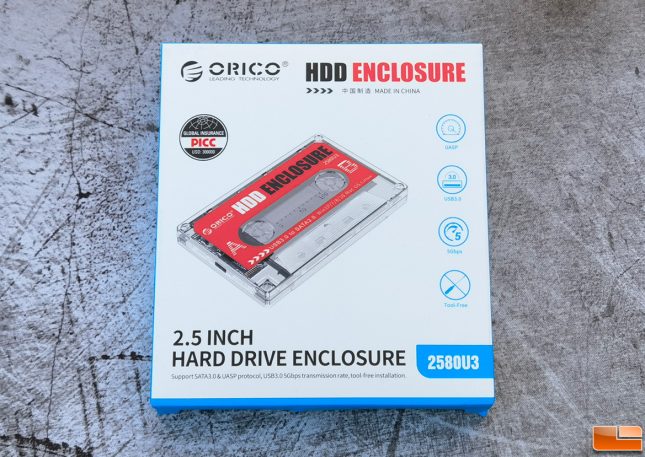 The ORICO 2.5-inch USB 3.0 portable enclosure is sold under model number 2580U3 and arrives in a full color cardboard shipping box. 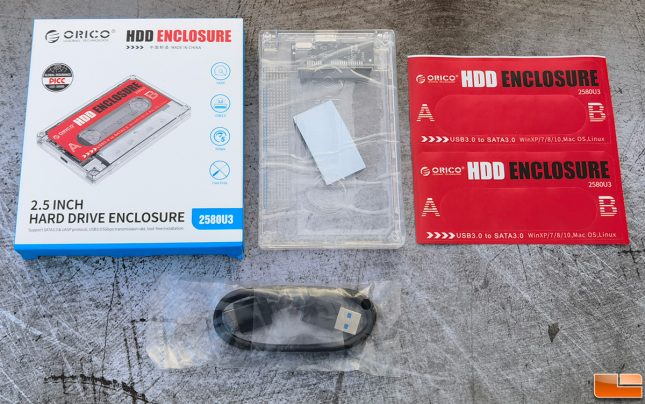 Inside the box you get the enclosure, stickers, foam pad to keep low z-height drives tight and the 50cm Micro-B to Type-A cable. The foam pad will keep 7mm thick drives from rattling like an old cassette tape. 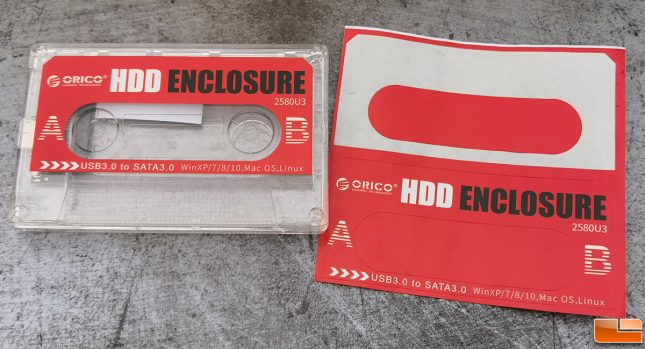 Putting on the stickers is the worst part about this enclosure, so be patient and try to put them on straight and without wrinkles!

Tool-Free Design – Together in Seconds! 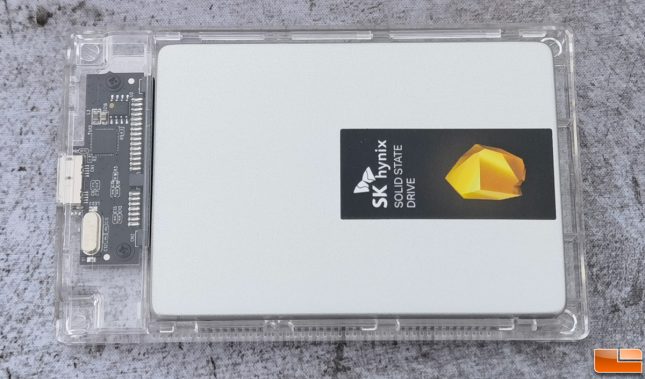 The enclosure is tool-less and to open it you just need to slide the top cover off. No instructions are included in the box, but you literally just need to slide the top off away from the USB 3.0 Micro B connector on the end of the drive. Once it is open you can pop in any 2.5″ hard drive (HDD) or solid-state drive (SSD) as long as it is either 7mm or 9mm in thickness (z-height). Drives up to 4TB in capacity should work well with the enclosure. Align the top plate with the grooves and slide it together. Done!

Since the enclosure is clear the JMicron JMS578 bridge chip is clearly visible on the circuit board inside. The JMS578 is a USB 3.1 Gen 1 to SATA 6Gb/s bridge controller that has been around nearly half a decade. This controller is widely used and should be easily capable of delivering 5 Gbps speeds. 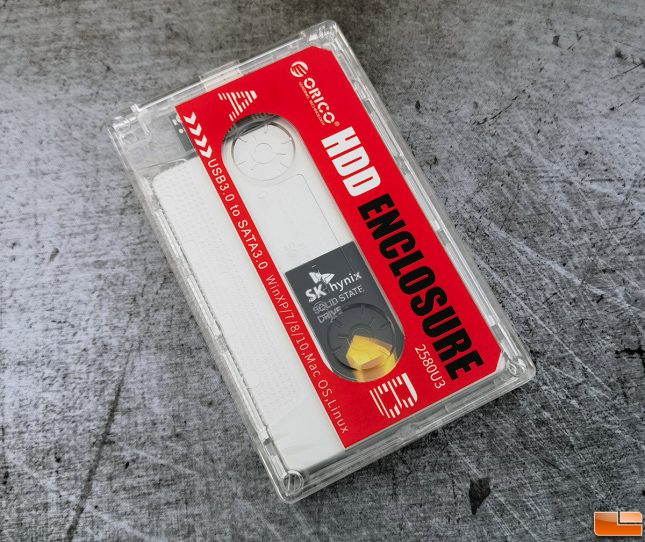 Here is an image of our enclosure with the SK hynix S31 1TB SATA III SSD installed inside. The label on the SSD lines up well with the sticker over the transparent enclosure! If you don’t like the stickers that come with the enclosure you could easily make your own. 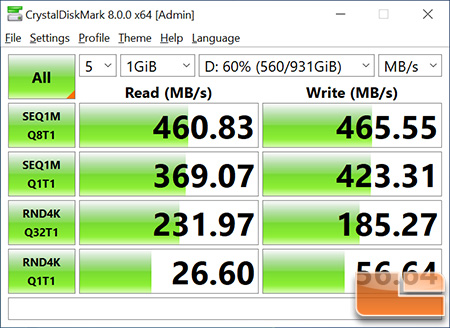 If you are looking for a USB 3.0 drive enclosure for a 2.5″ SATA III drive, the ORICO HDD Enclosure 2580U3 is hard to beat. It allows you to have some 80’s nostalgia fun and is a conversation starter with all those that see it. The best part about this enclosure is that is costs under ten bucks at places like Amazon.

We used it on the AMD and Intel computers without issue. It also worked on our Hisense H9G smart TV, and Sony PS4 game console. The tool-free design might wear out with heavy use as the plastic notches might wear out over time. That is the only negative that we see.  ORICO also backs this enclosure with a 1-year warranty!

We aren’t sure how ORICO is making a profit by selling these for $7.19 on promo, but it is a fun enclosure that works as advertised.