If you are waiting for the AMD Ryzen 3000 series ‘Matisse’ processors to come out and plan on dropping it into your existing AMD X370 or X470 motherboards we have some bad news. It turns out that AMD is not wanting motherboard makers to enable PCI Express 4.0 support on older (any existing) motherboards that are currently available.

At one point in time we were told that AMD 300- and 400-series AM4 motherboards can support PCIe 4.0. We learned that it would be up to the motherboard manufacturers to validate and qualify each and every board they offer on a case-by-case basis. There are a number of well-designed motherboards running X470, B450, X370 and B350 chipsets that could support PCIe Gen4. In fact, so board makers have already verified that their boards can hand double the bandwidth of PCIe Gen3 on their trace routes and enabled the option in the BIOS/UEFI in recent releases. It appears that AMD is asking them to remove that support to make it easy to know does and does not support the feature.

You can read the comments made by AMD’s very own Robert Hallock on Reddit below.

“Pre-X570 boards will not support PCIe Gen 4. There’s no guarantee that older motherboards can reliably run the more stringent signaling requirements of Gen4, and we simply cannot have a mix of “yes, no, maybe” in the market for all the older motherboards. The potential for confusion is too high.

When final BIOSes are released for 3rd Gen Ryzen (AGESA 1000+), Gen4 will not be an option anymore. We wish we could’ve enabled this backwards, but the risk is too great.” – Robert Hallock, Senior Technical Marketing Manager at AMD 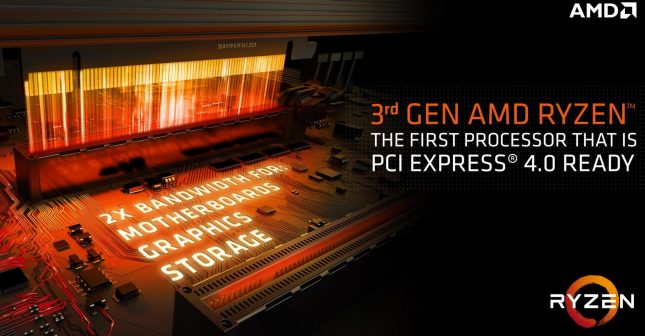