The first Land Rover Defender to make its way to the US hit our shores in late 1992 as the 1993 Defender 110. To celebrate the 30th anniversary, Land Rover has now announced the Defender 30th Anniversary Edition.

It will build 500 units priced at $75,000 plus destination and delivery. There are no real options when it comes to buying the vehicle, which is based on the Defender 110 P300 S. The vehicle comes only in Fuji White with 18-inch glossy white steel wheels. The color scheme is meant to remind the 1993 Defender. 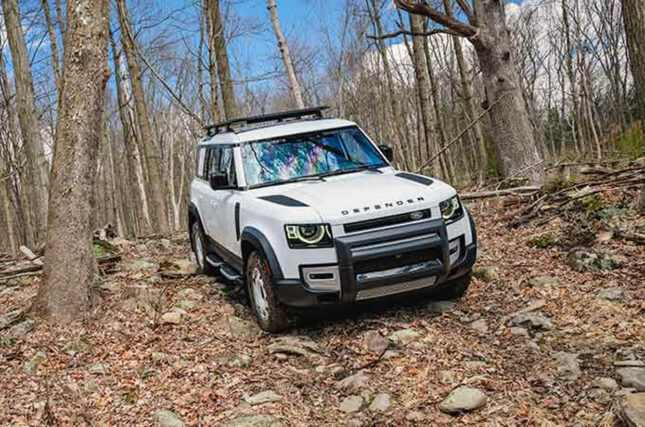 Other features include three-zone climate control, activity key, premium LED headlights, air suspension, fog lamps, and a panoramic roof. The vehicle can be purchased at select Land Rover dealers in the US.