One Asteroid May Have More Metal Than Earth

Recently researchers have analyzed the spectrum of an asteroid called 1986 DA. The asteroid is a metal-rich, near-earth asteroid. The researchers found that the asteroid’s surface is likely to be 85 percent metallic during their investigations.

Scientists estimate the metals on the asteroid would include iron, nickel, cobalt, copper, gold, and platinum. All of those metals are valuable and useful for a variety of industries. Furthermore, the researchers say except for the gold and copper, the mass of the metals in the asteroid would exceed the global reserves here on Earth. 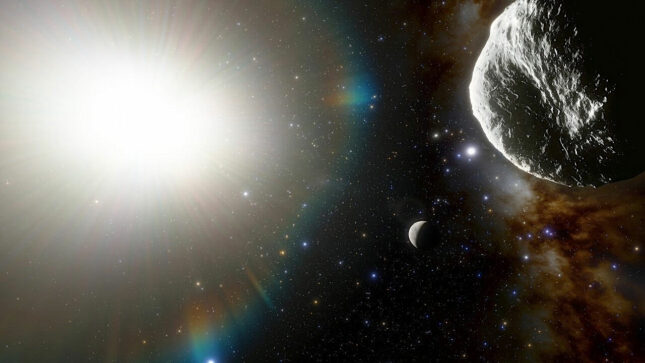 As for a dollar value for all of the metals, researchers believe if the asteroid were captured, mined, and marketed over 50 years, the metals would bring a total of $11.65 trillion. That value considers the devaluation that would occur with a flood of those metals landing on the market.

The more common metals like iron, nickel, and cobalt would unlikely be brought to Earth if the asteroid was mined. However, they could be used to build infrastructure in space and possibly on the moon and Mars.