OCZ looks like they are getting pretty close to releasing the RevoDrive 400 NVMe PCIe SSD as it was spotted on the Intel Developer Forum exhibitors floor looking nearly done. From what we were told the OCZ RevoDrive 400 PCIe Gen3 x4 M.2 device will feature a Toshiba controller and NAND Flash memory. You’ll also be able to purchase it with or without PCIe adapter to ensure the widest possible system support. 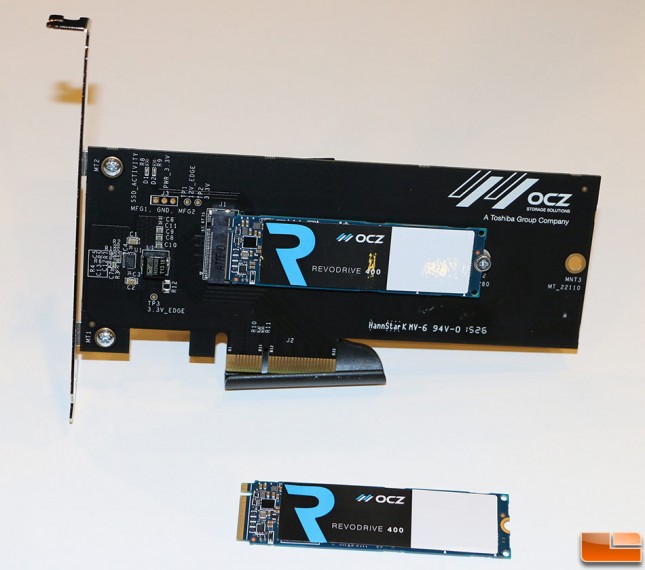 OCZ noted that this was a prototype drive and the firmware was basically the the last thing that needed to be dialed in before this NVMe M.2 PCIe SSD makes it to the consumer market. OCZ is hopeful that this drive will make it to the market late this year.

The OCZ RevoDrive 400 NVMe M.2 SSD that was on display at IDF15 had a sticker covering the Toshiba NVMe controller and the NAND Flash, so we weren’t able to get any part numbers or anything like that. We begged for more details and learned that it will be available in various capacities up to 1TB and will have sequential read/write speeds of over 2000 MB/s and a random 4K read/write performance over 200,000 IOPS. Those numbers are of course very rough estimates since the firmware is still being worked on but it just goes to show that in 2016 we should have a number of M.2 NVMe drives to select from when building enthusiast class performance PCs!