OCZ Technology announced bankruptcy plans this afternoon that included the sale of assets to Toshiba Corp during the bankruptcy proceeding. The offer is subject to many conditions, including the retention of employees and if all goes as planned, warranties on products owned by customers.  OCZ plans to file for bankruptcy and liquidate its assets even if the deal with Toshiba falls through.

We were able to get on the phone with Alex Mei, OCZ’s Executive Vice President and Chief Marketing Officer, and he confirmed to Legit Reviews that the plan is to keep warranties intact. This is comforting news for those that own OCZ products, but we know at the end of the day a bankruptcy court judge ruling on the case will have some say in the matter. The judge will also have to make sure that Toshiba’s offer is the best that OCZ can garner in the current situation.

In recent years OCZ has had serious problems acquiring flash memory chips for its Flash based SSDs and had founder and CEO Ryan Petersen resign in 2012 where he left an accounting mess and headed in the direction of bankruptcy.  If the Toshiba deal holds together and is approved by the courts, it could be a good thing for OCZ. Being bought up by huge corporation like Toshiba not only would save the employees, but it also means they are a major player again.  Toshiba is no newcomer to the SSD market and announced earlier this year it was considering investing $200-300 million on new equipment to manufacture NAND flash memory chips. Toshiba is said to be one of the largest SSD suppliers with nearly 10% of the SSD supplier market share in Q1 2013 according to TrendFocus. 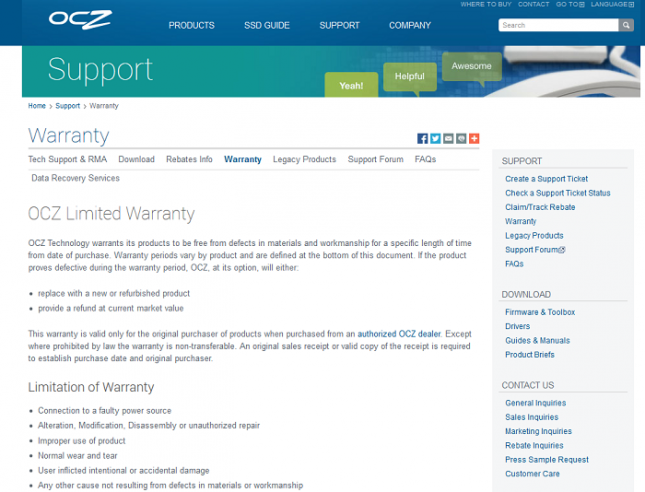