OCZ is showing off their HSDL (High Speed Data Link) interface, which was developed to raise the bar in data throughput and management to solid state storage drives this week here at Computex 2010. This is a custom proprietary connection that OCZ has developed to raise the bar when it comes to data transfers on Solid-State Drives (SSDs). They had a couple cards on display that featured different numbers of HSDL connections on them. The prototype card shown above has four connections, while the card below has just a single connection. 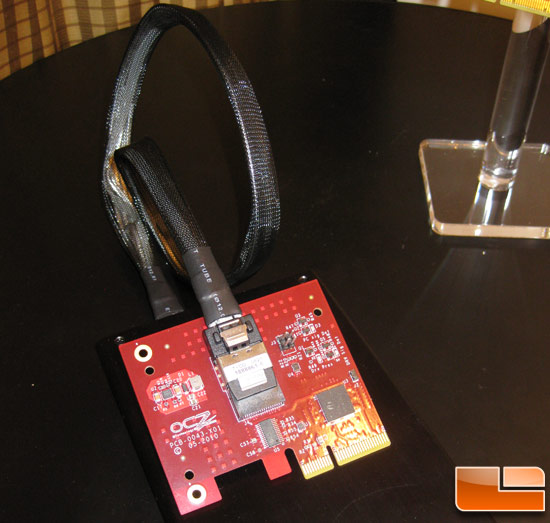 This single connection PCIe card shown above is connected to a 3.5″ enclosure that contains an SSD drive (that looks like an OCZ Colossus) that is also HSDL enabled. 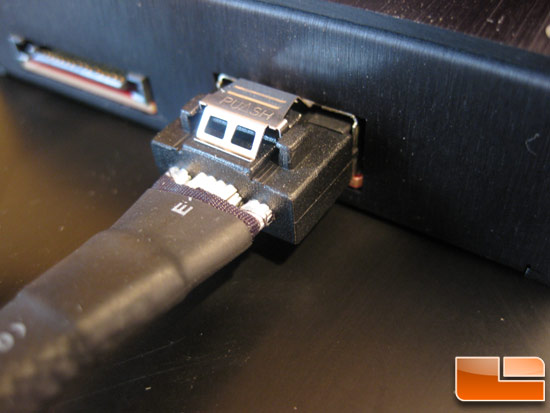 Here is the back of that drive showing an OCZ HSDL cable plugged in and in the background you can make out the SATA power header that is needed to power the SSD that resides inside the housing.

OCZ said that this custom, proprietary connection will support data rates as high as 20 Gbps on the first generation and then 40 Gbps on the second generation. This could really help improve drive speeds as you would just be limited by the by the speed of your PCI Express bus.