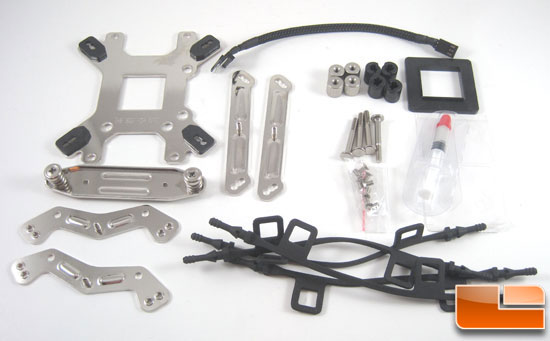 NZXT includes everything needed to install the Havik 140 onto your system. The universal backing plate is for AMD AM2/AM3 sockets and all Intel LGA 775/1155/1156/1366 sockets. There is a tube of thermal grease, Y cable for powering fans, and rubber fan mounts. 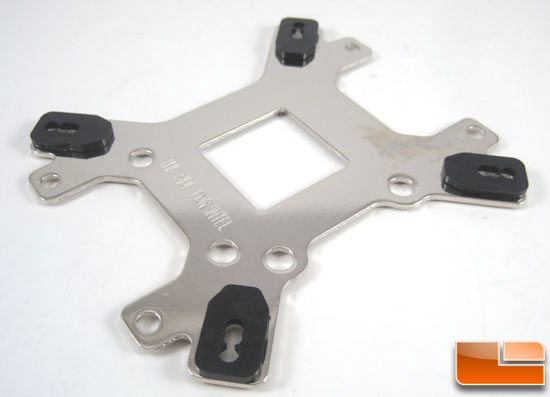 The backing plate is set up for both Intel and AMD. 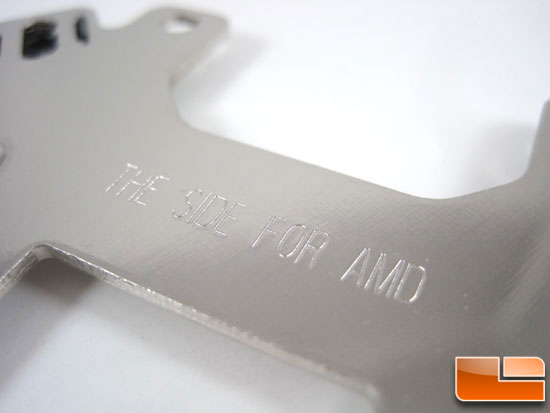 It’s labeled nicely as to which side is to face the motherboard. 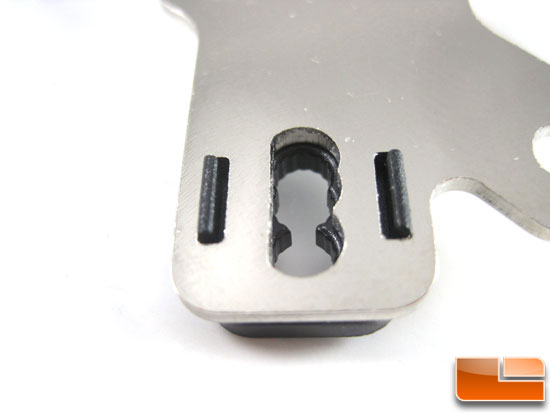 Unlike most backing plates that either have a slot or a hole for the mounting posts, NZXT did both. 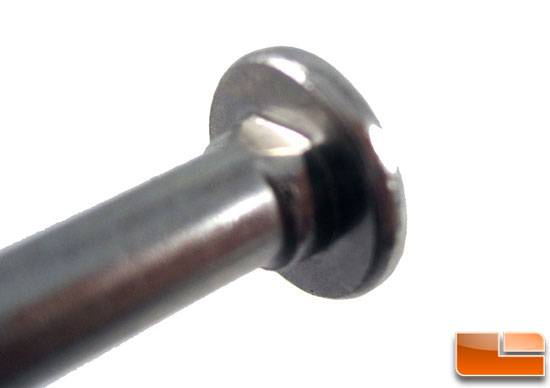 On the mounting post there is a small flat. This mates to the straight side of the hole and keeps the post from spinning. 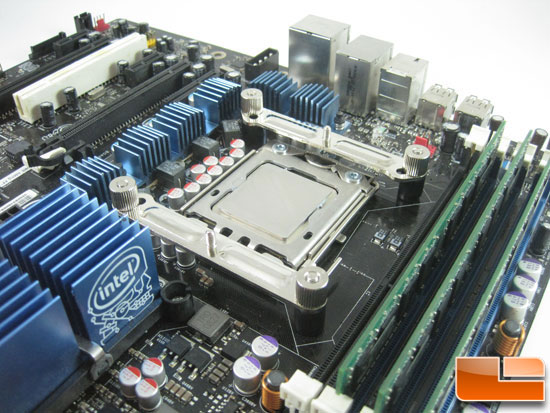 With the posts installed you then assemble the lower half of the mounting system to the board. 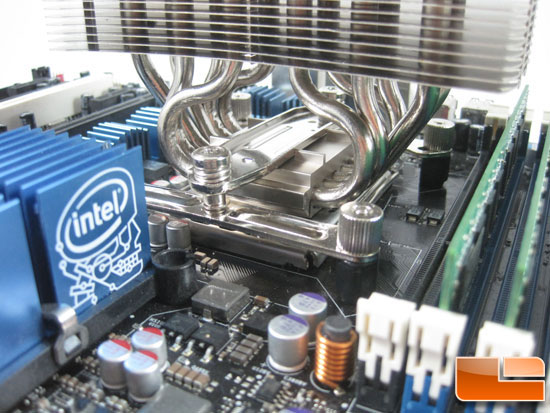 Then you can apply thermal paste and put the tower in place. 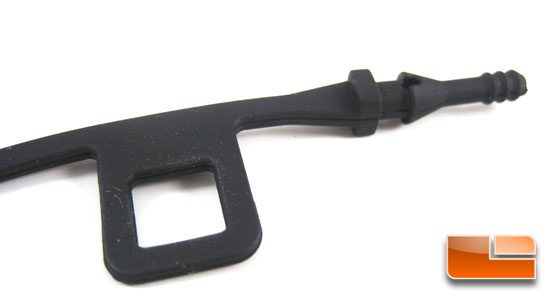 With the cooler mounted it’s time to put the fans on. The fans are attached to the fins with a rubber mounting system that is not like most I have used in the past. In the past they were like small posts; this design that NZXT has picked is like a rubber spring clip. 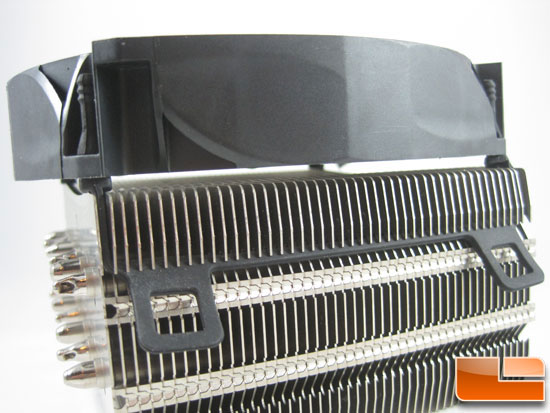 Installing the fan was easier than I thought it would be, but I was doing it outside of the case. Taking the fans on and off in the case would be a royal pain unless your case has tons of space like the Corsair Obsidian 800D. 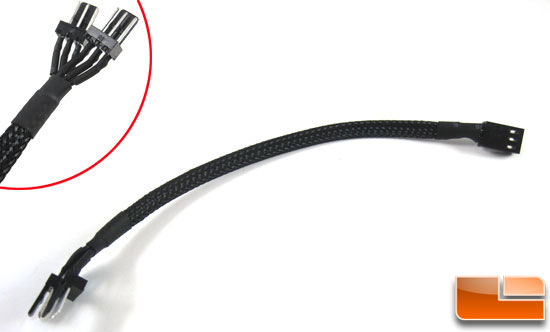 With the fans installed they are connected to the motherboard with the provided power cable. It is sleeved like the fan power cables are. 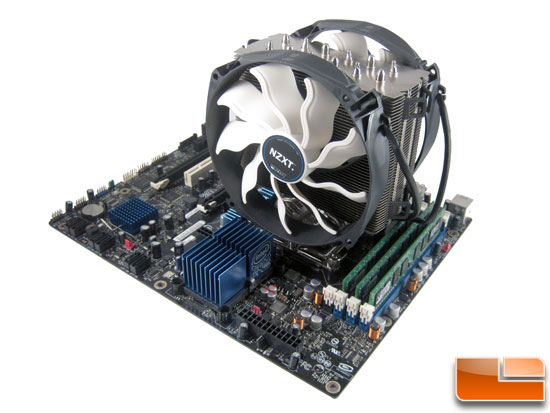 Overall installation was easy and quick. 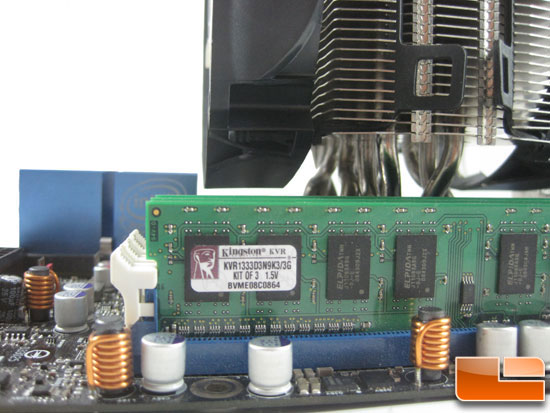 Clearance on the RAM was ok. The space to the first cooling fin is good, but if the fan would hang over the first RAM slot you would be very limited on your ram choices. 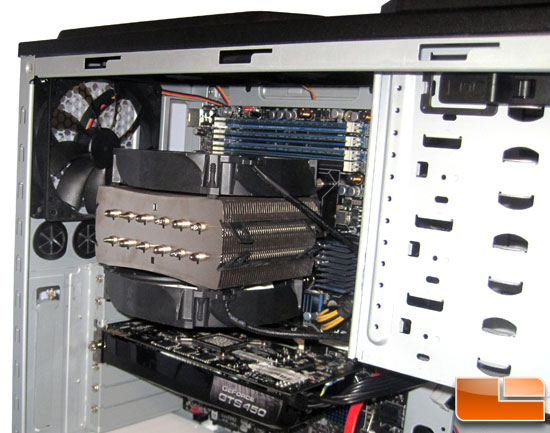 Here we have the system all mounted up. Notice the cooler is turned from the previous overall image; more on why on the testing page.

Here is a quick video on how to install the HAVIK 140 by NZXT: