Day two of NVISION 08 is off to a great start and I am currently attending the Day 2 Keynote that will be hosted by NBC 11’s Scott Budman, the famed technology reporter. Scott will host a series of 1:1 interviews with remarkable people with unique perspectives on visual computing and how it impacts our lives, from art and entertainment to sports and space exploration. Special guests include Kyle Busch, NASCAR racing sensation; Bernard Charles, CEO of Dassault Systemes; Eileen Collins, former NASA space shuttle commander; and Lorne Lanning, film director and founder of Oddworld 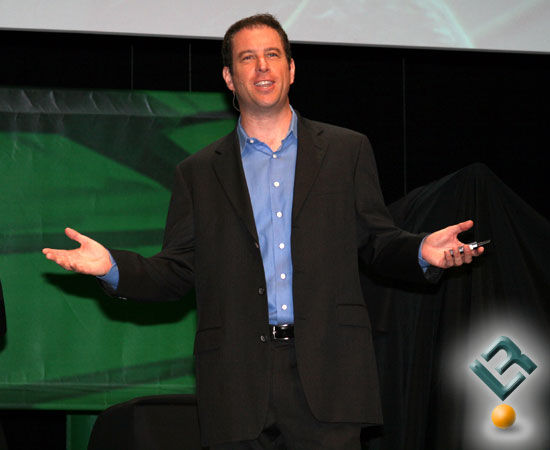 Scott Budman kicked off the keynote and quickly introduced Eileen Collins, who is a former NASA space shuttle commander. 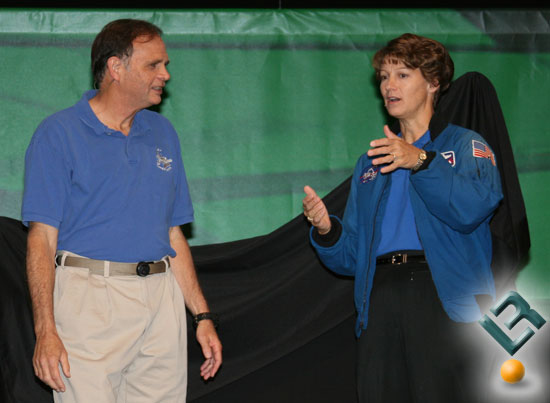 Eileen came on stage and talked about technology in space. She touched on how they used simulators in the space program and how realistic they have become thanks to improved graphics. She also talked about the advantages that NASA has made in the search of water on Mars and how safety is a key role of NASA. Eileen ten introduces Michael Sims, who comes out on stage now and explains how the software tools help with Mars Rover virtual reality modeling an exploration. 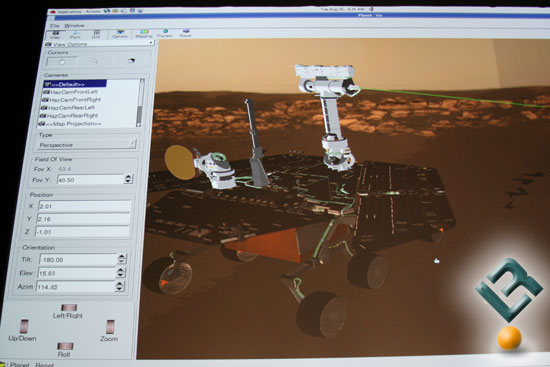 They use the software utility pictured above to control the rover and to also understand the science experiements that the rover is doing. They use stereoscopic imaging or 3-D (three-dimensional) imaging to figure out heights and distances of objects on Mars and without the technology they would be unable to do their job. Eileen then finished up by saying that NASA thanks NVIDIA for the technology to make it possible to explore space. 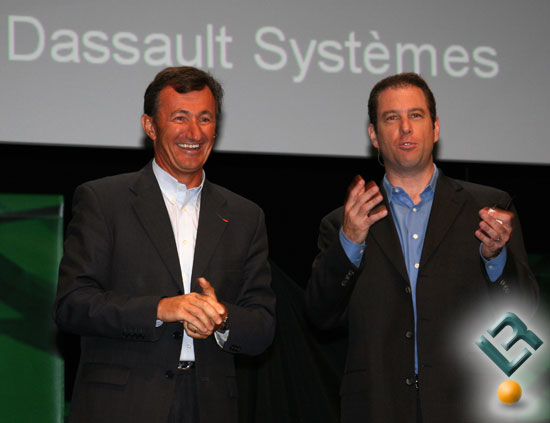 Next up to speak is Bernard Charles from Dassault Systemes. Dassault Systemes is the world leader for Product Lifecycle Management software solutions using the power of 3D representation. Bernard said that we are all 3D models and that the limit today is only our imagination. 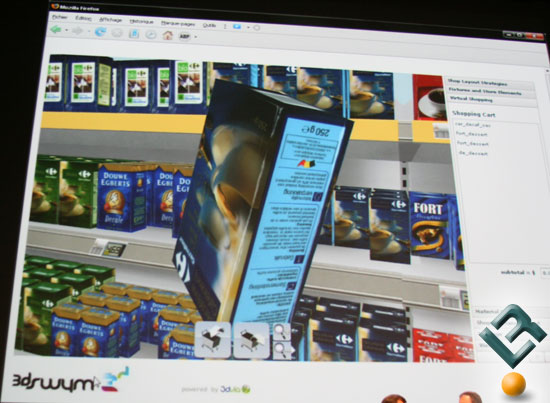 Bernard believes that 3D technology will change the way products are created and used a demo of shopping software that allows you to see products on the store shelves without being there. He actually went as far as saying that everything we do online should be in 3D! He then spoke about doing online 3D searches, which is something very interesting. 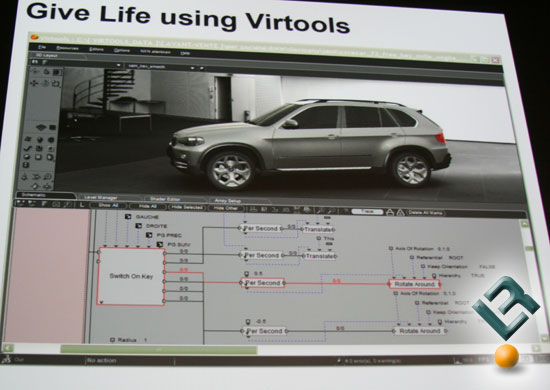 Bernard then showed the design process of a the BMW SUV in a virtual 3D world. He stated that both internal and external styling is done this way and that 3D technology is key to get the lighting correct. By doing this the developers can experience of actually seeing the car and even driving the car before it is ever produced.