NVIDIA Senior Vice President of Content and Technology, Tony Tamasi, recently spoke with PC PowerPlay (PCP) and said that new game consoles which leapfrog PC graphic capabilities are a thing of the past. Interesting statement, but when was the last time a new gaming console had better graphics than a PC? He mentioned that the Sony PS2 was faster than a PC.

He also noted that NVIDIA spends roughly 1 billion US dollars per year and hat Sony and Microsoft can’t afford to spend that kind of money. Pretty interesting statements and the whole interview is worth a read if you are a gamer that likes to keep up on graphics news! 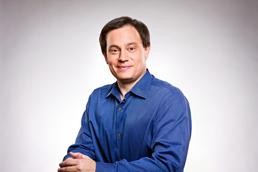 PCPP: In the past, when a new console launched, the graphics were on par, if not even better, than a reasonably well-specced PC of the time. Yet at this years E3, we noticed that the Xbox One and PS4 demos didnt look as good as the earlier PC demos of the same games. Do you think the lead that consoles had in the past at launch day is over?

Tamasi: Its no longer possible for a console to be a better or more capable graphics platform than the PC. Ill tell you why. In the past, certainly with the first PlayStation and PS2, in that era there werent really good graphics on the PC. Around the time of the PS2 is when 3D really started coming to the PC, but before that time 3D was the domain of Silicon Graphics and other 3D workstations. Sony, Sega or Nintendo could invest in bringing 3D graphics to a consumer platform. In fact, the PS2 was faster than a PC.

By the time of the Xbox 360 and PS3, the consoles were on par with the PC. If you look inside those boxes, theyre both powered by graphics technology by AMD or NVIDIA, because by that time all the graphics innovation was being done by PC graphics companies. NVIDIA spends 1.5 billion US dollars per year on research and development in graphics, every year, and in the course of a consoles lifecycle well spend over 10 billion dollars into graphics research. Sony and Microsoft simply cant afford to spend that kind of money. They just dont have the investment capacity to match the PC guys; we can do it thanks to economy of scale, as we sell hundreds of millions of chips, year after year.