Mark Rein is vice president of Epic Games and has long worked the Unreal Engine and the Unreal game franchise. In recent months he has made headlines for Unreal Engine 3 and Unreal Engine 4 supporting the Oculus Rift. He’s big on next-gen hardware technologies as it is better for Epic as he doesn’t mind selling engine licensees! He sent out a tweet at the top of the hour that managed to catch our attention. He said that earlier in the week he saw ‘the most amazing thing made by NVIDIA’ and that ‘it’s not a GPU, but gamers will love it.’

What could this be? 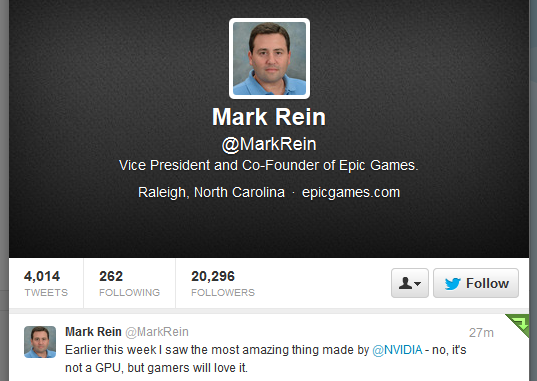