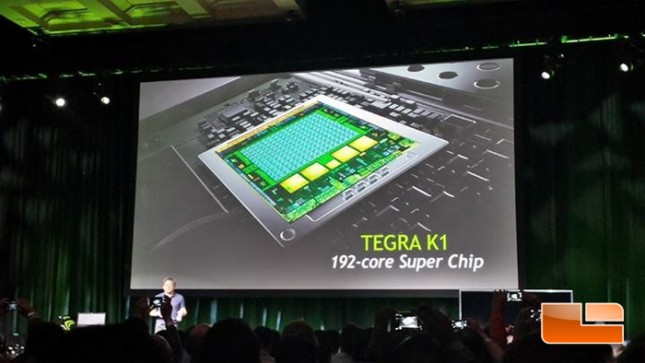 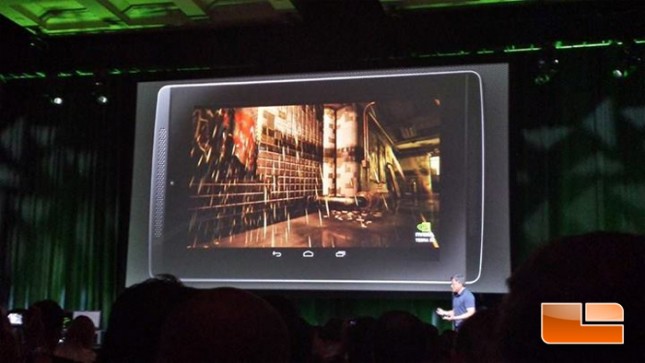 Jen-Hsun Huang discussed the current state of gaming and professional graphics such as global illumination and how Tegra K1 brings next-generation graphics to mobile devices. A number of graphic demos, particularly Unreal Engine 4 demos were shown on the onscreen Tegra K1 tablet. We’ve got some of the slides taken from the livestream presentation for you to have a look at too. 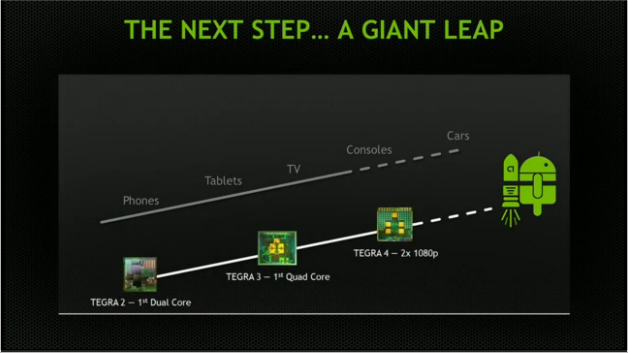 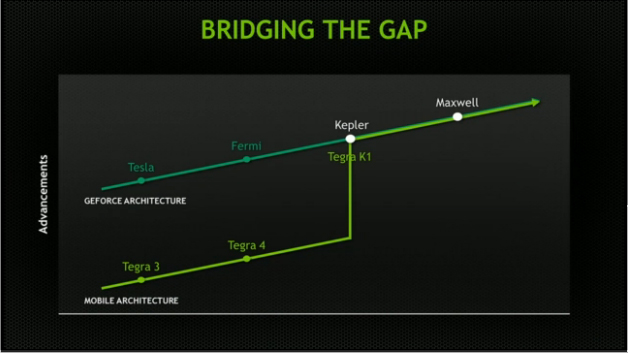 The Tegra K1 bridges the gap between a dedicated GPU core for mobile devices and the GPU for desktops and laptops.  It will be based on the Kepler GPU core, making it a powerful mobile solution. 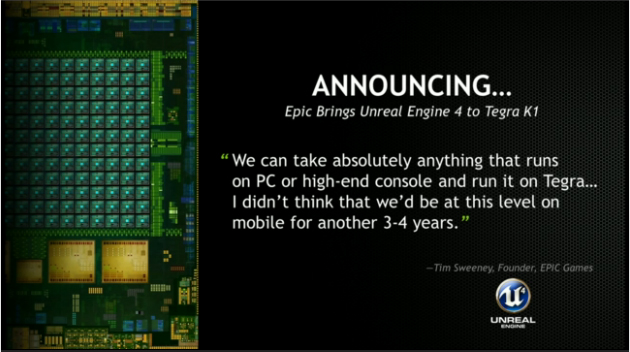 Not only does the Tegra K1 bring the Unreal Engine 4 to mobile devices, it also brings DirectX 11.1 compatibility. 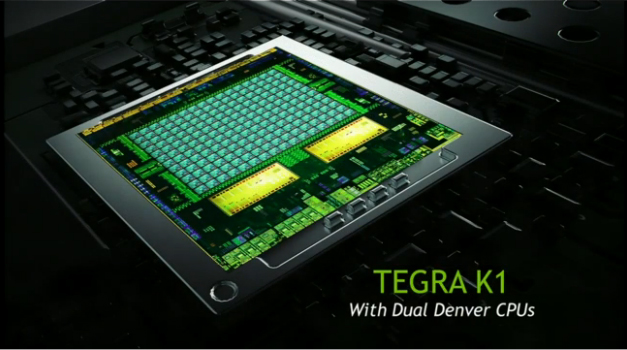 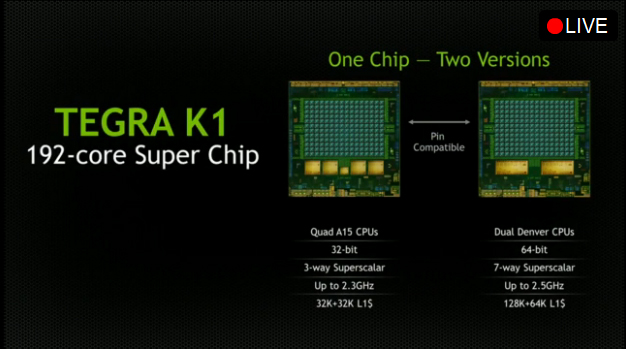 The Tegra K1 is more powerful than the GPU in the XBox 360 and PS3, and is the next generation mobile GPU.  Its capabilities do not stop at Tablets and Cell Phones, it will also be integrated into cars for custom dashboard clusters, and allows car showrooms to show extremely high quality vehicle model changes at the touch of a button.