On March 7, 2017 Ubisoft released the latest Tom Clancy’s Ghost Recon game title, Ghost Recon Wildlands ($59.99 for PC). The game was developed by Ubisoft Paris and while it is the tenth installment in the Tom Clancy’s Ghost Recon series, it is the first to be set in an open world environment. The game is available on Microsoft Windows, PlayStation 4 and Xbox One. But let’s not kid anyone, you’re here to read about the eye candy offered up by the glorious PC!

That is one place where Tom Clancy’s Ghost Recon Wildlands does not skimp, the graphics in this game are tremendous. Ubisoft Paris had some tricks up their sleeves when it came to making this game look as well as it does, thanks to NVIDIA. This is the first game title to feature NVIDIA’s Turf Effects. You may recall seeing demos for Turf Effects back in 2014 as part of the GameWorks program, and it has finally arrived. (Due to the high level of detail the videos below need to be played back in 1080p resolution.)

What is NVIDIA Turf Effects? We never thought you might ask! NVIDIA Turf Effects renders massive grass simulations with physical interaction. This grass technology provides a fully geometrical representation, and grass blades can be represented as low as 3 triangles to several 100 triangles per blade using a continuous level of detail. The rendering supports natural shading, with correct shadows from the individual blades of grass, as well as self-shadows, two sided lighting and correct occlusion for scene geometry. The simulation supports interaction with highly complex shapes, which permits totally new kinds of gameplay. The best part of NVIDIA Turf Effects is that it will work on and any GPU that supports DX11 (DX12 integration supported and coming).

The end result is that as you are playing through Tom Clancy’s Ghost Recon Wildlands, you will find your character walking through large open fields filled with lush vegetation. The grass will interact with your characters legs, bending and brushing against its legs. The grass blades casts shadows on your character as well as other grass!

In addition to NVIDIA Turf Effects, shadows in game get a boost from NVIDIA HBAO+. This adds realistic Ambient Occlusion shadowing around objects and surfaces. This has been used in a number of titles including Assassins Creed Syndicate, The Witcher 3: Wild Hunt, World of WarCraft: Warlord of Draenor, and many others.

Another familiar bit of technology making an appearance in Ghost Recon Wildlands is “God Rays.” More formally known as Crepuscular rays, which are created with NVIDIA Volumetric Lighting. For those not familiar, this is an advanced lighting technique that simulates how light behaves as it streams through the air and atmosphere.

While the description of these technologies certainly sounds great, let’s take a look at how that translates onto our screen and turns Tom Clancy’s Ghost Recon Wildlands into one of the best looking game titles we have seen. 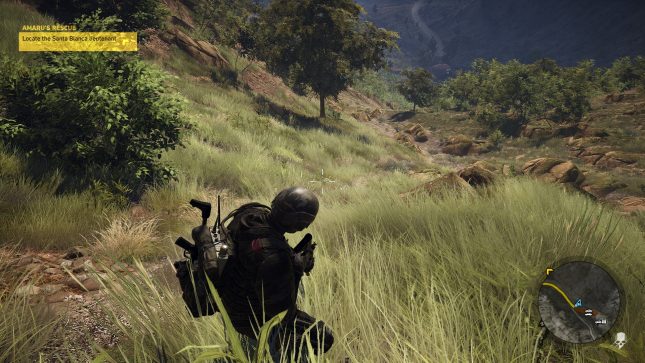 While not one of the most flattering screen shots, I found myself doing a double take at the level of detail in this shot. As a gamer who learned keyboard and mouse controls on the original Half-Life, it is truly impressive to see the level of realism in games like Ghost Recon Wildlands.

Let’s take away some off the fancy new features we mentioned above and see how that impacts image quality, shall we? 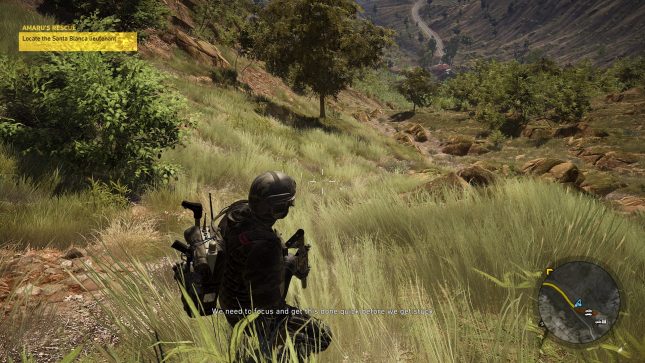 You can see that the foliage is less dense than in the first screen shot. Shadows are generic, and most everything seems to have a uniform lighting. This still is still a nice looking scene, but the added details really do add up to a more realistic feeling environment. It is easy to take for granted the power of the hardware that we have out our disposal in 2017. Speaking of powerful hardware, this would be a tragedy to leave you all without some numbers on what it takes to run Tom Clancy’s Ghost Recon Wildlands with all of the eye candy knobs turned to full.