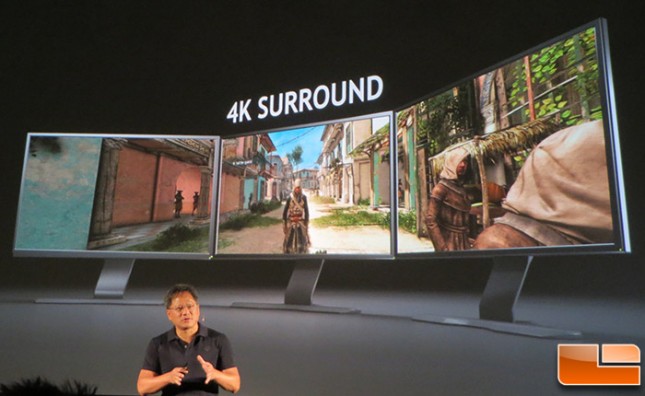 NVIDIA has been talking about 4K gaming monitors quite often these days, but we haven’t heard much about 4K Suround monitor setups until today. NVIDIA has a 4K surround demo up and running that you really need to see in person to believe. 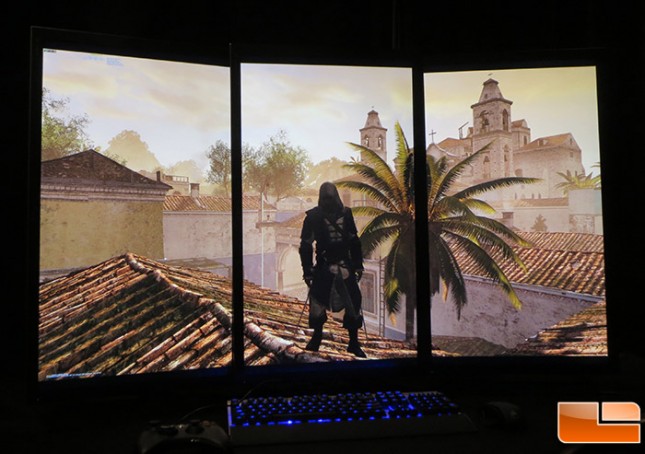 NVIDIA’s demo has three ASUS PQ321Q 31.5-inch 4K Ultra HD Monitor setup at 3840 x 2160 in portrait mode. That means you end up with a 6480 x 3840 monitor setup for 24.88 million pixels of pure goodness. They were then running Assassin’s Creed IV: Black Flag and allowing those here at the event to take the mega-panel setup for a test drive. 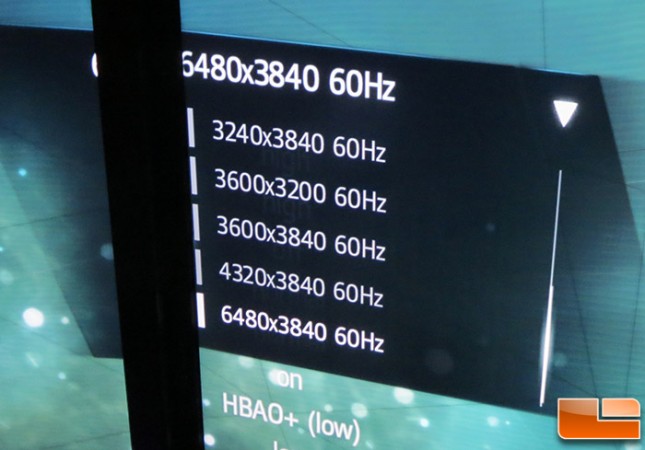 Here is a quick look at the available resolutions in the in-game menu! Our current 5760×1080 setup officially feels tiny after looking at this 6480 x 3840 setup! How is NVIDIA powering such a monitor setup? 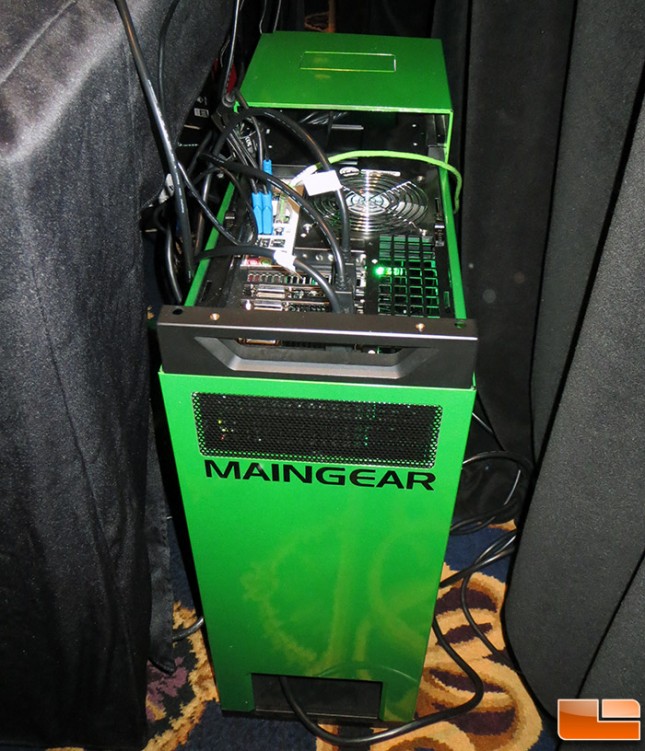 NVIDIA was using a high-end Maingear Shift gaming PC that was running three NVIDIA GeForce GTX Titan 6GB video cards! This system has a combined 18GB of GDDR5 memory and starts at $6,613.00 with three of these video cards. Each ASUS PQ321Q 4K Ultra HD display runs $3499.00, so this 4K Surround setup would set you back an additional $10,497! Not everyday you get to see $20,000 PC setup! 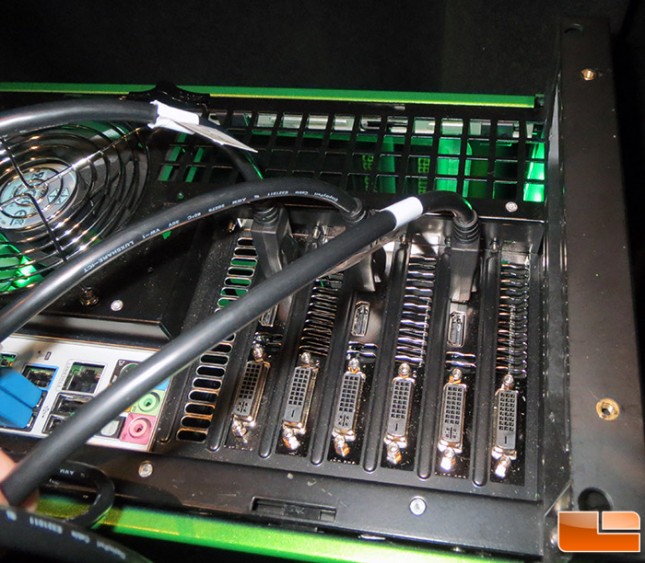 Each ASUS PQ321 monitor was run off one GeForce GTX Titan video card using the DisplayPort video output. The gameplay was pretty smooth on this 3×1 setup, but you could tell that this is pushing the limits of this crazy high-end setup! 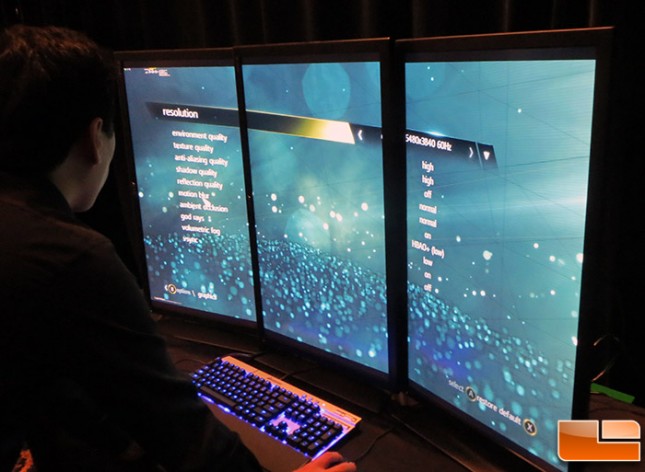 Very cool demo and this is the first time that we have seen a 4K Surround gaming setup! We just had to share!