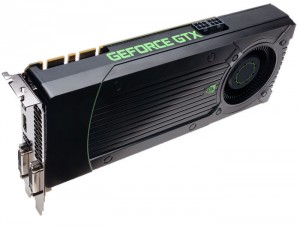 NVIDIA has listed the upcoming GeForce GTX 760 Ti (OEM) video card on the GeForce.com website! Could this be NVIDIA’s answer to AMD’s Radeon R9 270x or even the Radeon R9 280x? Many wondered why NVIDIA didn’t change any of the prices on the GeForce 700 Series earlier this month and this is likely the reason why. 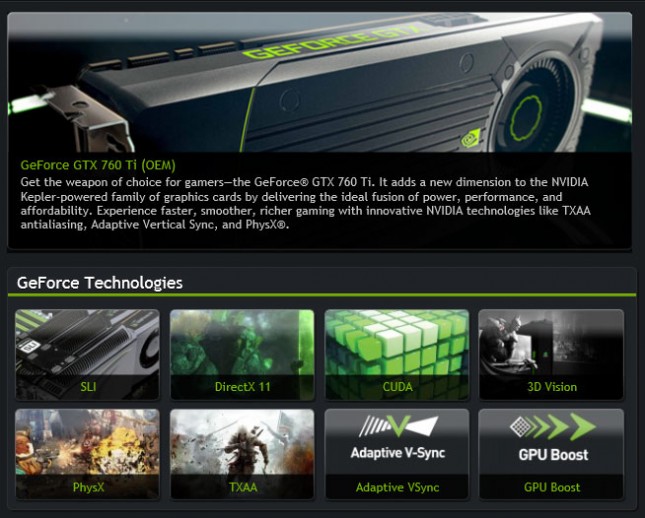 From the information on the GeForce GTX 760 TI landing page we see how this card differs from the standard NVIDIA GeForce GTX 760. For example the original NVIDIA GeForce GTX 760 has 1152 CUDA cores and the new GeForce GTX 760 TI has 1344 CUDA cores. This is a 16.6% boost in cores, which should give a nice performance boost across the board. The base clock was decreased as it went from 980MHz to 915MHz, a 7% decrease in speed. There are few other differences, hopefully the increase in CUDA cores will provide a nice boost in performance. No word on pricing or if this card will every make it to the retail market as right now it is listed as an OEM card.

10/17/13 10PM ET UPDATE: AMD said this card is obviously OEM only (think Dell) and that it is nothing to get worked up about. While they didn’t say it, they made it sounds like it could be a re-badged NVIDIA GeForce GTX 670. Guess we have to wait for the GeForce GTX 760 LE or something! đ

More information to come as we find out what is going on with this new card!