NVIDIA has launched their new flagship video processor for mobile computers, the GeForce 8800M GTX and 8800M GTX.  NVIDIA wants to power your DX10 notebook and took a huge leap forward in technology by introducing this new hardware architecture. Already, Dell, Alienware, and Sager are offering the new 8800M in one of their many notebook configurations.  Let’s take a closer look what NVIDIA is serving up. 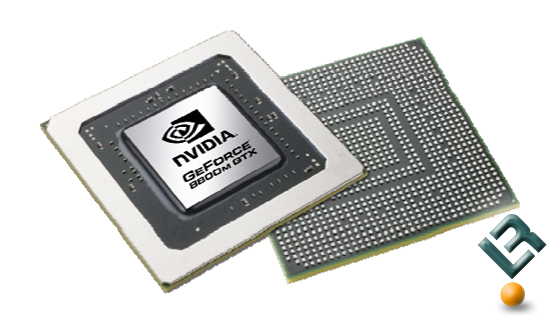 Along with bringing DX10 to the notebook world, NVIDIA has made several other improvements over the previous generation chips resulting in a dramatic leap forward in terms of raw performance with more than double the memory bandwidth and texture fill rate of the “old” GeForce 8700M GT. This translates into blistering framerates and a more immersive overall gaming experience. 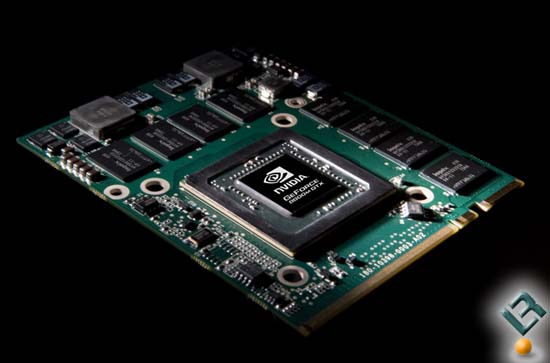 As most of our readers should know by now, NVIDIA’s SLI Technology allows users to combine the horsepower of two GPUs resulting in a stunning increase in graphics performance. Notebook users powered by NVIDIA can now experience high frame rates at widescreen XHD (Extreme High Definition) resolutions such as 1680×1050 or 1920×1200, depending on which manufacturer you go with. 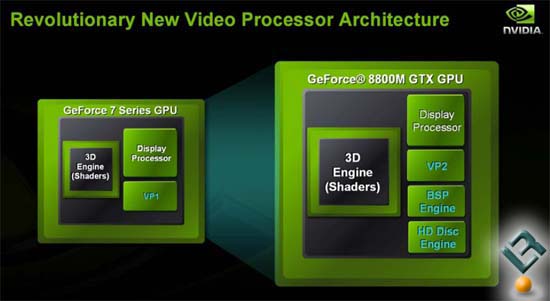 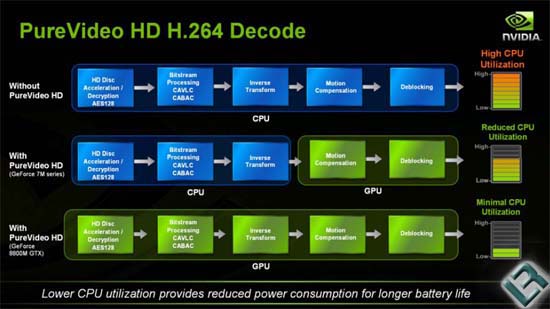 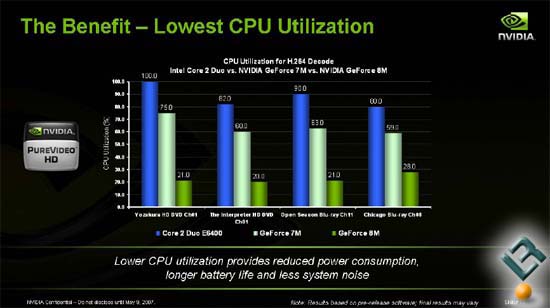