Purported images of the upcoming NVIDIA GeForce RTX 3080 graphics card have been going around since last week. The GPU cooler on the RTX 3080 looks to be radically redesigned with a rather impressive looking fan fan shroud and heatsink assembly. 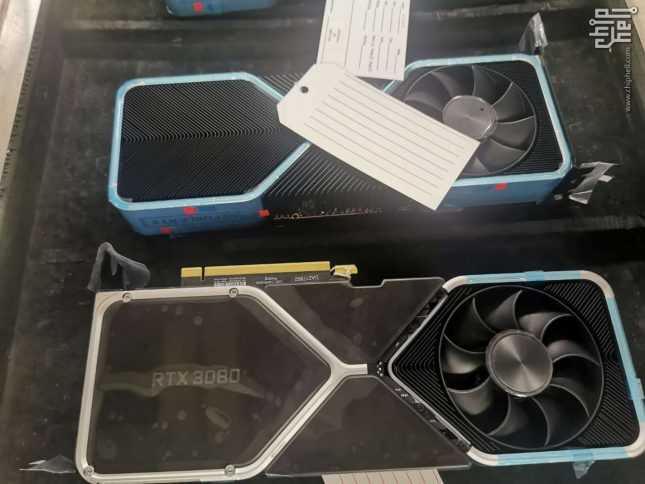 The NVIDIA GeForce RTX 3080 will likely be powered by the next-generation Ampere GPU and the launch date is still unknown. The good news is that the launch date is usually only a month or two away once pictures of prototypes or engineering samples begin leaking out. NVIDIA does a great job at keeping things secret in-house, but it always seems that something leaks right before the cards go public.

The latest leak is one that we came across on Reddit and appears to show the RTX 3000 series heatsink without the fan shroud and fan itself. 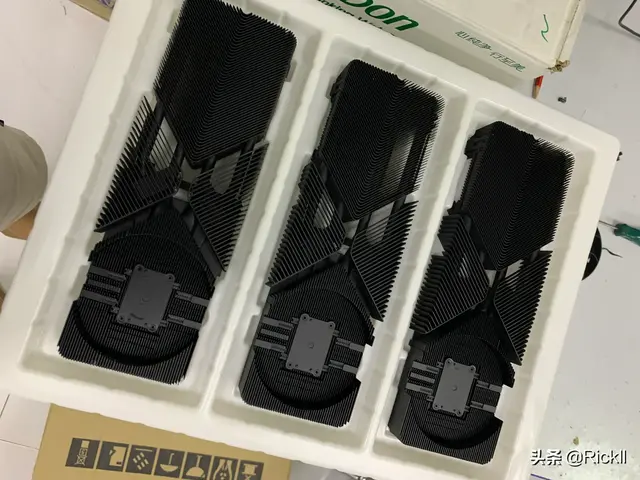 If you don’t like the appearance of this cooler that will likely be used on the GeForce Founders Edition cards we have some good news. The AIB partners will be coming out with custom cards that feature their own GPU cooler designs! That said, users on Reddit are making some renders of what they think they final card might look like and the results are impressive. 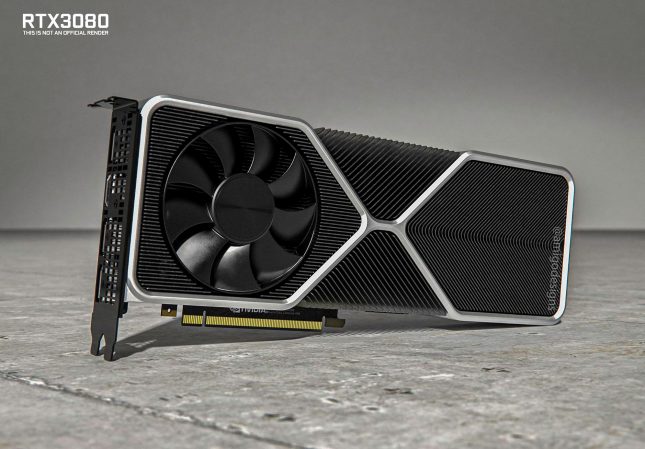 Details of the GPU that power the GeForce RTX 3080 are sparce, but rumors are floating around that a GeForce RTX 3090 might be in the works with 24GB of GDDR6X memory on a 384-bit memory bus. Here are what the current rumors started by tech news site Igor’s Lab are saying.