Android gamers have been able to partake in game streaming services for a while now, but Apple has kept iPhone and iPad users from enjoying the same. Nvidia has announced that GeForce Now is launching on the iPhone and iPad, bypassing the App Store altogether using a web-based experience.

This is sure to anger Apple as it desperately wants its cut of the profits for anything related to iPhone and iPad gaming. Nvidia GeForce Now is available for the iPhone and iPad streaming to the Safari browser. The service brings the power of a Windows gaming PC to the devices. 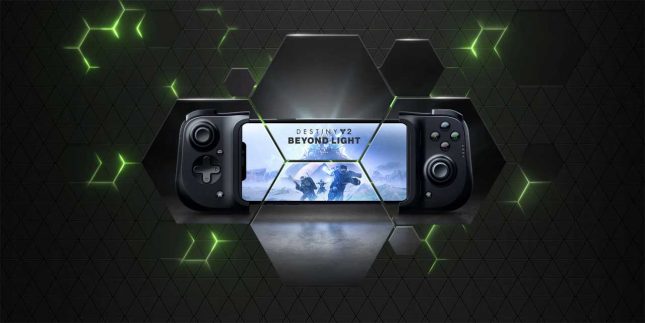 Players can enjoy all the latest video games directly from their iOS device. Apple invited companies to bypass the App Store when it puts such strict limitations on game streaming. Apple’s official rules say that game streaming platforms can’t be in the store without individual listings for each game.

The first service to take advantage of streaming from a browser was Amazon Luna. GeForce Now is in beta and only supports gamepads with the Razer Kishi recommended. A keyboard and mouse is not supported due to hardware limitations.