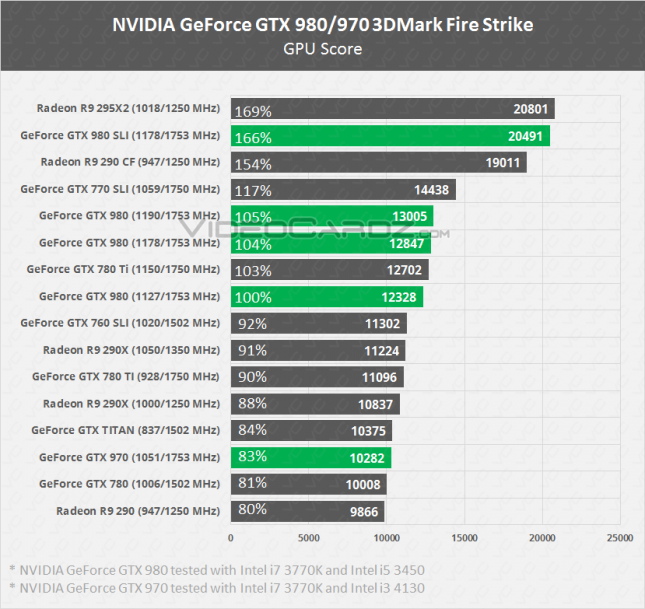 The rumors about the latest NVIDIA graphics cards code named Maxwell have been spinning for awhile now. Today though some of the performance numbers have leaked out. While I don’t have the exact specifications of the cards being used, the chart above does give us some clues. The chart from VideoCardz.com lists the GeForce GTX 980 at a couple of different clock speeds as well as in an SLI configuration. 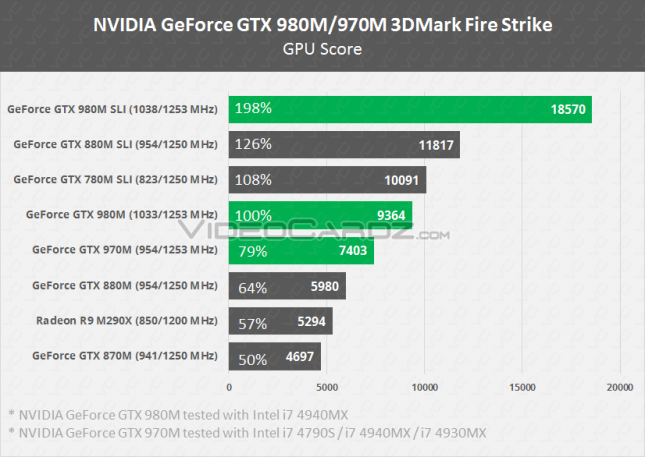 In addition to the desktop performance numbers being leaked out, the mobile side also seems to have a bit of a leak. The GeForce GTX 980M was able to hit a GPU score of 9364 in 3DMark Firestrike while the GeForce GTX 970M hit 7403! If you’re able to run the NVIDIA GeForce GTX 980M in SLI, it looks like there will be considerably better scaling as the performance in SLI jumped to 18570, a gain of 98%!