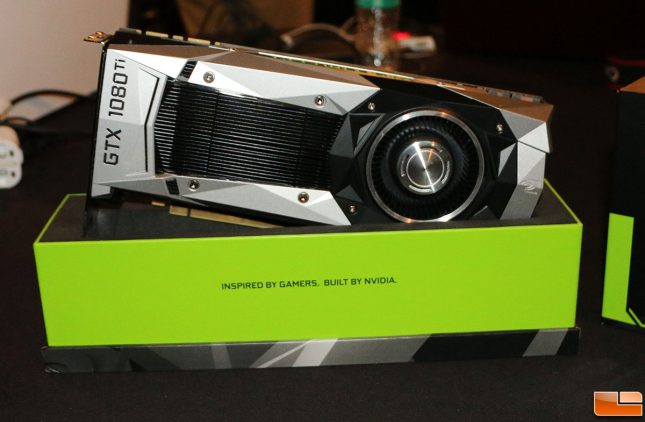 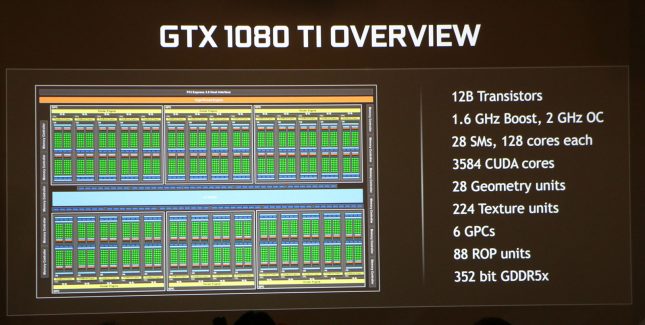 When you look at clock speeds the NVIDIA TITAN X is clocked 1417MHz core and 1480 MHz typical boost (1531MHz for maximum boost). The only number NVIDIA has given us for the new GeForce GTX 1080 Ti is a typical boost clock of 1600MHz. The fact that the NVIDIA GeForce GTX Titan X has a higher boost clock than the Titan X is good sign as is the fact that they didn’t disable any of the CUDA cores on the card.

The GeForce GTX 1080 Ti does have some things disabled. For example you have eight fewer ROPs and a narrower 352-bit wide memory bus. NVIDIA hasnt dished the details on some of the other specifics including things like the base clock, memory bandwidth (likely 492 GB/s) , texture units and pixel outputs, so we need to wait for some of those details to come out. NVIDIA did say the GeForce GTX 1080 Ti will be faster than the Titan X, so this card is going to be a beast. 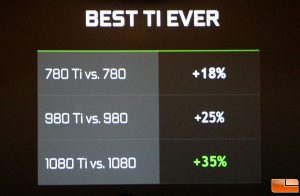 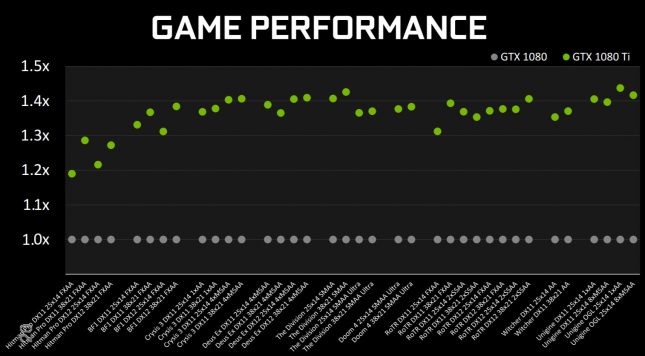 Here is the GeForce GTX 108o versus GeForce GTX 1080 Ti performance data to see the differences in a number of different game titles. Click the image to be able to read the titles and resolution each test was done at. 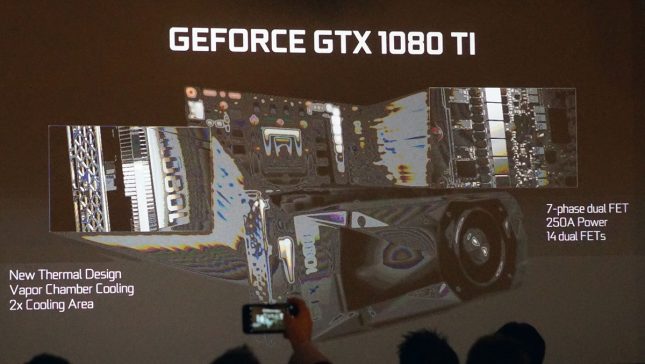 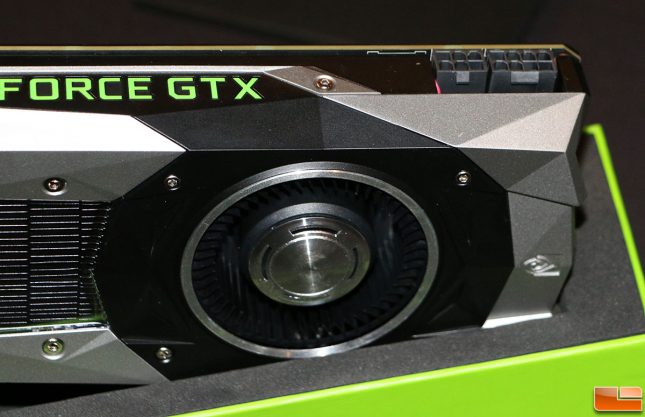 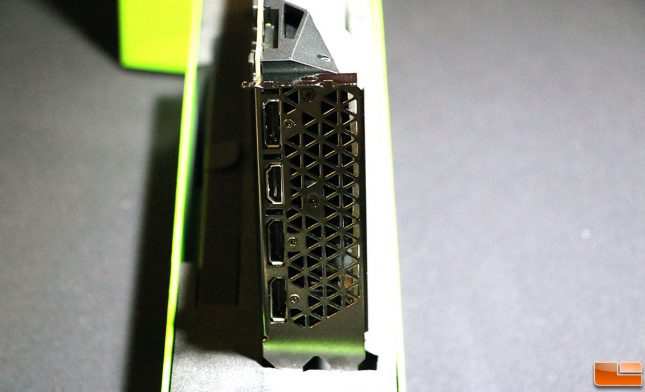 The video connectors on the GeForce GTX 1080 Ti Founders Edition graphics card consist of three standard DisplayPort connectors and one HDMI. There is no DVI connector on this board, so the airflow from the blower style fan can easily exhaust the hot air from the chassis. 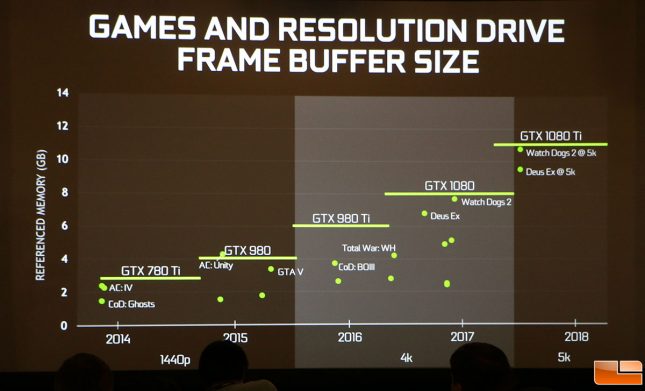 Since the NVIDIA GeForce GTX 1080 Ti has 11GB of GDDR5X memory it means that you’ll likely never run into a frame buffer size issue on any current game titles. NVIDIA said that the GeForce GTX 1080 Ti easily has enough memory to handle Watch Dogs 2 and Deus Ex at 5K screen resolutions. 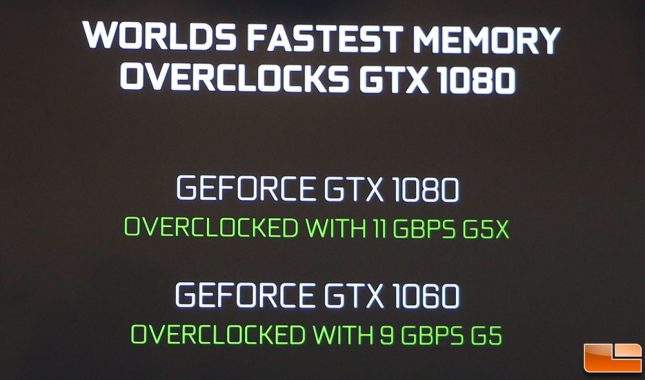 There will be overclocked versions of the GeForce GTX 1080 8GB coming with 11 GBPS GDDR5X memory as well as a GeForce GTX 1060 6GB GDDR5 video card with faster 9 GBPS GDDR5 memory very soon.

Having a powerful graphics card is now more affordable thanks to the GeForce GTX 1080 Ti! Amazing prices and it looks like it has killer performance. We can’t wait to see how it performs as it comes out next week! AMD better hope VEGA is good as NVIDIA just dropped the hammer and it looks like they delivered an amazing card.